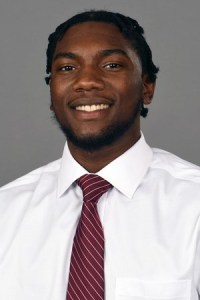 WINSTON-SALEM  — Virginia Tech kept turning the ball over, failing to secure loose rebounds and struggling to get offense from its two best scorers.

Tyrece Radford and the rest of the 20th-ranked Hokies’ supporting cast provided enough of a boost to offset that, including with some steady late-game play that kept them near the top of the Atlantic Coast Conference standings.

It wasn’t pretty much of the way for Mike Young’s Hokies (11-2, 5-1), who shot 48% but had 15 turnovers while being beaten on the boards to help the Demon Deacons with extra scoring chances. Additionally, top scorers Keve Aluma (15.6) and Jalen Cone (13.0) combined for five points and one made basket.

And yet, the Hokies never trailed after halftime even as the Demon Deacons (3-5, 0-5) kept hanging around.

Radford made 6 of 7 shots, and he went 6 for 6 at the foul line in the final 45.4 seconds. Hunter Cattoor added 13 points and a couple of big baskets in the final 5 minutes, while freshman David N’Guessan had a season-high 13 points.

“It just shows you that everything doesn’t rely on them two, even though they’re big pieces,” Radford said of Aluma and Cone. “And we’ve got other guys on the team that can step up in any situation.”

Ismael Massoud scored 12 points for the Demon Deacons (3-5, 0-5), who were playing a fourth straight game against a ranked opponent. Wake Forest shot 52% after halftime and rallied from 10 down to tie it with about 8 minutes left, but never managed to push in front.

“I think they adjusted to the game as the game went along,” Wake Forest coach Steve Forbes said. “We kept fighting. We never let them get away from us. … There’s no quit in them.”

Virginia Tech: Virginia Tech beat Notre Dame last Sunday and No. 19 Duke two days later. They followed that by beating the Demon Deacons for the fifth straight meeting dating to 2017 and haven’t lost to Wake Forest in Winston-Salem since January 2015. Now they have their first 5-1 start in ACC play since 2007 and only their second since joining the league for the 2004-05 season.

Wake Forest: Things hadn’t been easy of late for the Demon Deacons, who were picked to finish last in the ACC in the preseason. They had lost to No. 18 Virginia and No. 19 Duke in the past two weeks and were coming off Wednesday’s loss to No. 16 Louisville.

N’Guessan hadn’t scored more than five points in a game so far, but went 5 for 5 from the field and 3 for 3 from the line.

“I don’t think I did anything different today,” he said. “I had the same mentality, just lock in and do my job.”

Wake Forest rallied from 16 down after halftime to get within a point against the Cardinals, then erased another double-figure deficit against a ranked opponent only to fall short.

“Of course it’s frustrating because you know we’re right there and we feel like we could’ve won all of these games,” Massoud said. “But right now, it’s just about going into practice the next day and getting better and just learning what we can from these games.”

Wake Forest made 7 of 31 shots (22.6%) before halftime, but helped itself by finishing with 16 offensive rebounds for 16 second-chance points for the game. … The Demon Deacons also scored 17 points off turnovers. … Cone had made 26 3-pointers in the past six games but went 0 for 4 beyond the arc. … Aluma finished with 11 rebounds and four of Virginia Tech’s nine blocks, all coming before halftime.