Tribute to Tommy Eaton: The GOAT 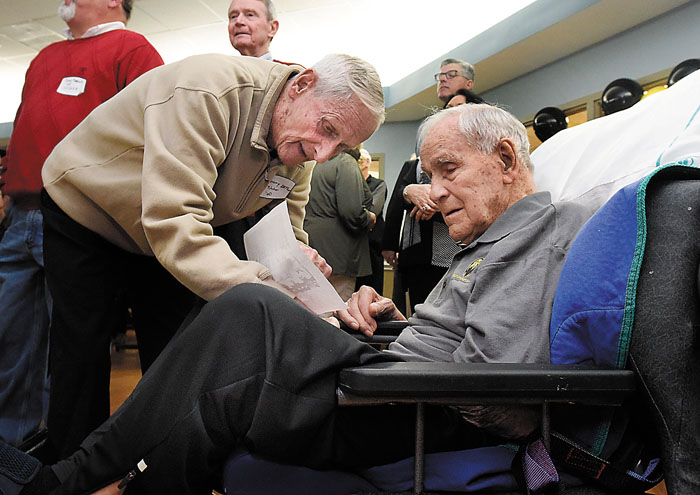 The first time I ever saw Tommy Eaton was in the summer of 1955.

He was pitching for the Salisbury American Legion team, and I was a 9-year-old old Little Leaguer from Spencer.

Tommy was a sight to behold as he blew fastballs past batter, and then used a sneaky curve to strike out many during a nine-inning game.

It was fascinating to see the effect this team had on Rowan County fans, especially when Tommy was pitching.  In over 60 years of watching and playing American Legion ball, I never saw such crowds at Newman Park.

Rowan has had its share of great pitchers over the years.

Randy Benson developed into a college All-America at Pfeiffer and advanced to Triple-A baseball before becoming a scout.

Barry Moore made it to the majors and actually threw a ball to me so fast that I only heard it go by for strike three in a high school game.  He and another Moore (Daniel) still hold the strike out record for one game (24).  Think about it.

Then there is the strange case of one, Bobby Parnell.  He has actually pitched more innings in the major leagues than anyone from Rowan Legion.  He had the electric arm in high school and Legion but rarely pitched due to a lack of control.

I believe that Rowan has had four teams that had what it takes to bring home a Legion World Series —  The 2016 squad that played in the final game before losing to Arkansas; the 2009 team that finished third in the nation at Fargo N.D;  the 2002 team that lost its last game in the SE regional to stand at 43-2 for the entire season,  still one of the top three records for an end of season legion squad .

We shall never know but I believe in a head-to-head meeting with each of these teams with their best pitcher on the mound, the 1955 squad with Eaton pitching would have been victorious in each of these fantasy games. (That 1955 team also had three of the all-time best position players with Paul Roberts at second base, Richard Snider at third base and Virgil Bernhardt catching.)

…  and it is because Eaton is the Greatest of All Time when it comes to Rowan Legion pitchers.  In so many games before his injury at the Legion World Series in Minnesota he was the difference.

He and that 1955 squad started the tradition that is Rowan Legion baseball.

Happy Trails, Tommy. They don’t make them like you anymore.

Terry Julian is a resident of Faith.