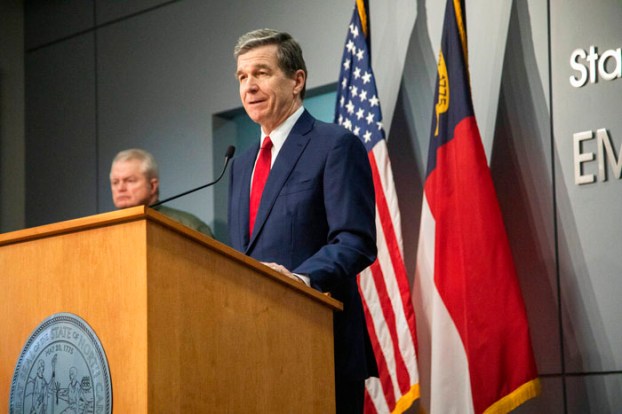 Cooper had already announced 200 guard members would be heading to the nation’s capital to help government authorities there in light of last week’s mob attack at the U.S. Capitol. Cooper spokesperson Ford Porter confirmed the additional mobilizations.

The National Guard Bureau in Washington requested the additional personnel, North Carolina Guard Lt. Col. Matt DeVivo said in an email. All 300 guard members — serving in military police, engineering and armored brigade units based in Asheville, Clinton and Raeford — should be in place by Monday, DeVivo said.

At least 21,000 National Guard troops from across the U.S. have agreed to assist with security in Washington for Wednesday’s inauguration.

Cooper also this week had called up 350 guard members who will remain on duty in North Carolina.

On Wednesday, Cooper said “ongoing security concerns in Washington, D.C. and state capitals around the nation following last week’s attack on the U.S. Capitol must be taken seriously, and I will deploy necessary resources to keep North Carolinians safe.”

The potential for large-scale demonstrations in downtown Raleigh will cause Wake County to close county offices near the old state Capitol building on both Tuesday and Wednesday, county officials said in a news release. And Raleigh city government will close its downtown government buildings to the public on Wednesday “out of an abundance of caution,” according to a tweet from city officials.