SALISBURY — From a one-man operation in Tom Campion’s home in Pennsylvania to a nationally recognized company anchored in downtown Salisbury, Integro Technologies has grown exponentially in its first 20 years.

As his company celebrates its 20th anniversary this month, Campion looks back on the humble beginnings of the company he started in 2001 with a $50,000 bank loan and little else.

When Campion launched Integro, he had ambitions to build it into a high-tech company focused on integrating robotics with software to provide manufacturing solutions. But at the start, Integro itself was a relatively low-tech operation.

“We didn’t have a website,” Campion, now the company’s CFO, said in a news release. “Our jobs came from the idea of ‘We know a guy who knows a guy who can do that.’ We tracked our bills on Excel spreadsheets and designed our drawings on the early version of Mechanical Desktop.” 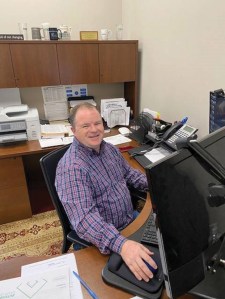 Integro Technologies started as a one-man operation in the Pennsylvania home of Tom Campion. Photo submitted.

At first, the company was run solely by Campion out of his home in Pennsylvania, but eventually Integro opened a 450-square-foot facility in Salisbury in 2004. In 2005, Campion was joined by his brother, Shawn, who now serves as the company’s president and CEO. The brothers, both graduates of Pennsylvania State with degrees in mechanical engineering, continued to build the company together.

By 2008, the original location wasn’t cutting it anymore and Integro moved into a more spacious 9,125-square-foot facility. That proved adequate for five years, until Integro expanded again in 2013 to its current headquarters in the Salisbury Business Center at 301 S. Main St., where it has 23,802 square feet of office, lab and manufacturing space.

As it’s grown in size, the company has added to the services it offers to an expanding list of global clients.

“We are so fortunate to collaborate and partner with our suppliers all over the world that have specific expertise in cameras, lenses, robotics, deep learning, and more,” Tom Campion said. “We are able to design and implement solutions for our customers that are precisely tailored to their vision inspection needs.”

Since the COVID-19 pandemic started, Integro has added an automated temperature checking tunnel to its repertoire of products. Rowan County purchased one of the tunnels for the Rowan County Courthouse in December.

Over the course of its 20-year history, the tech company has filled its trophy case awards like System Integrator of the Year from Control Engineering Magazine and the Innovator’s Award from Vision Systems Designs, among others.

Now, an expansion is on the horizon yet again.

In December, it was announced that Integro will invest $2.67 million in equipment and improvements to expand its existing facility to support a new logistics engineering division to aid the company’s expansion into the e-commerce industry.

At one time, Tom Campion was Integro’s sole employee, but now the company is a 40-person operation with plans to hire an additional 30 employees as part of its expansion.

Since 2010, vision inspection sales in North America have increased 16% on average per year and the vision and inspection market is projected to reach $16.39 billion globally by 2022, according to Grandview Research. Integro hopes to ride that wave.

“We see no signs of machine vision slowing down,” Campion said. “If anything, we are seeing an increase in the need for vision inspection technology to improve manufacturing production and keep workers safe.”

Integro’s expansion is good news for the company, but it’s also welcomed by downtown Salisbury, where Integro has the opportunity to become a cornerstone for future development.

After the expansion was announced in December, Rowan County Economic Development Commission President Rod Crider told The Post that the company could be “a draw for younger tech workers to locate and live in our community, perhaps in a facility like the Empire Hotel which is just across the street.”

“Not only will these new individuals eat, shop, visit our local attractions, and support our organizations but they will also have the option to live downtown,” Price said.

Meanwhile, Shawn Campion is focused on building upon the company’s last two decades of success. 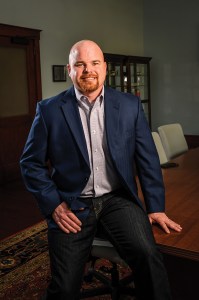 Shawn Campion, who serves as Integro’s president and CEO, joined his brother’s company in 2005. Photo submitted.

“Celebrating 20 years in business is significant for our company, and we are very proud to have reached this milestone,” he said in a news release. “We are incredibly grateful to our talented and hardworking team members who have helped shape our company into what it is today. Our vision, logistics, robotics, AI, and data analytic capabilities continue to propel us to the forefront of the industry. Because of our highly skilled and diverse team, we are on the precipice of the next technology Revolution.”

More information about Integro Technologies can be found at integro-tech.com.

‘It pays for itself:’ Study shows economic impact of…