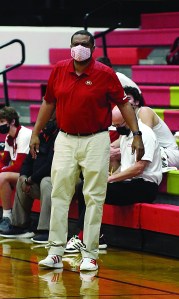 THOMASVILLE — The non-conference games may have been frustrating, but when Central Carolina Conference play arrived on Friday, Salisbury’s boys basketball team answered the bell.

The Hornets logged their first win. They turned in a terrific shooting night and pulled away from Thomasville — 63-42 — in what was expected to be a challenging road game.

Salisbury shot 56 percent from the field. The Hornets only took 11 3-pointers, but they made five.

Salisbury (1-3, 1-0) led 34-24 at the half and took a 14-point lead to the fourth quarter. They’ve been hitting the wall in the final quarter, but this time they finished with no issues.

Joseph Witherspoon turned in a career effort with 17 points.

Jalon Walker is known mostly for rebounding and defense, but he had one of the best offensive games of his career with 15 points on 7-for-11 shooting. He grabbed nine rebounds.