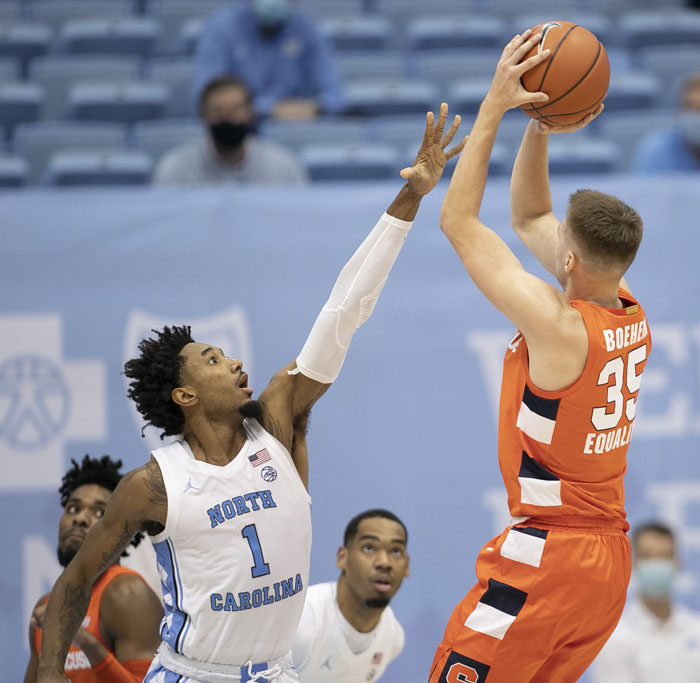 CHAPEL HILL (AP) — Garrison Brooks and Armando Bacot each had a double-double, and North Carolina pulled away in the last three minutes to beat Syracuse 81-75 on Tuesday night.

The Tar Heels (8-4, 3-2 Atlantic Coast Conference) became the first men’s basketball program to play 1,000 regular-season ACC games. The Tar Heels are 708-292 and have the most wins in ACC history.

Day’Ron Sharpe’s two free throws gave the Tar Heels a 69-68 lead with 3:00 remaining. Consecutive layups from Bacot and another from Andrew Platek stretched their lead to 77-70 with 42 seconds left.

North Carolina is 14-5 against the Orange, winning 10 of the last 11. It was the Tar Heels’ first ACC game this season decided by more than five points.

Syracuse: Is at Pittsburgh on Saturday.
North Carolina: Heads to Tallahassee, Florida to face Florida State on Saturday.