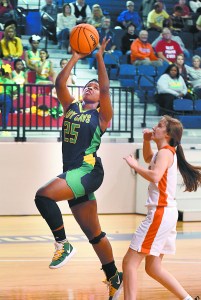 North Rowan won its sixth straight in the series.

“We had a very slow start, but I’m proud of the way we finished the game,” said North Rowan coach Anthia Smith. “We focused on rebounding and second-chance points in the second half and that really helped us.”

Cannie also had four steals for the Cavaliers (2-0).