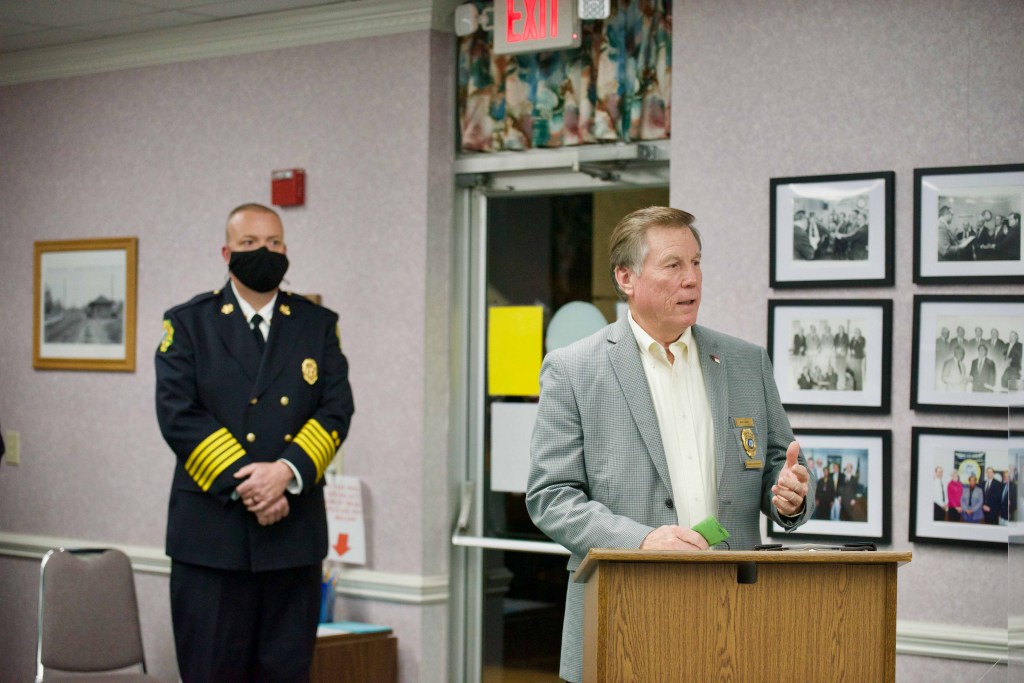 GRANITE QUARRY — The town’s Board of Aldermen meeting on Tuesday brought a surprise visitor with some top-notch news.

N.C. Commissioner of Insurance and State Fire Marshal Mike Causey made his way to the small town to congratulate the Granite Quarry Fire Department on becoming one of 16 fire districts in the state with an Insurance Services Office Class 1 rating.

There are a total of 1,224 fire districts in the state and the handful with the top rating are all significantly larger than Granite Quarry. The rating is based on a long list of factors like response time and equipment. The department jumped from a previous rating of Class 4 and, come March, homeowners and businesses may be eligible for savings on insurance policies because of the improved rating.

Causey said one of the main requirements is water supply, but there are other key factors related to fire response.

Greensboro was the first Class 1 department in the state. Causey said the department had 24 departments to help the city attain the rating.

“We’ve never seen it before where a town of this size has achieved that level,” Causey said. “It’s no simple answer to say you have to do one, two, three, four.”

Districts that get the top rating can lose it as well. The districts have to maintain the high level of service for later assessments.

The state was certified to conduct ISO assessments internally in 2016 and 10 departments have been given the designation since. Causey took office at the beginning of 2017.

Granite Fire Chief and Public Works Director Jason Hord thanked the board and the staff for making the rating possible, describing his town colleagues as the best people to work with.

He said the job has sometimes kept him up and away from his family at night, “depending on my mood,” he joked.

The department had a sign made proclaiming its new status and sent it with Causey to be displayed in Raleigh.

At the end of the presentation, Alderman Kim Cress collected himself to say what the department means to him.

“If it wasn’t for you guys, I wouldn’t be standing here talking to you right now,” Cress said. “On March 22, I died in my living room and these guys saved my life; they brought me back, and I’m here tonight to tell you this is a first-class bunch of guys.”