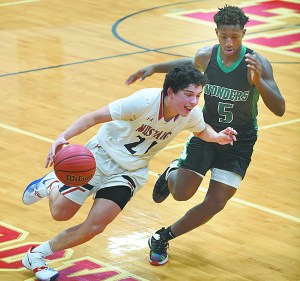 The Wolverines stormed to a 34-20 halftime lead.

Briggs, who had 10 rebounds, fouled out early in the fourth quarter. The Wonders (0-2) made their strongest run without him and put up 27 points in the final quarter, but the Wolverines held them off for another South Piedmont Conference win.

Ja’lan Chambers and Koby Scott scored 19 each for A.L. Brown.

The Wonders hope to get point guard CJ Wilson back soon. Their next scheduled game is against Robinson on Thursday. Central Cabarrus is next for West Cabarrus.