Ask Us: Progress being made on new multipurpose building at Dan Nicholas Park 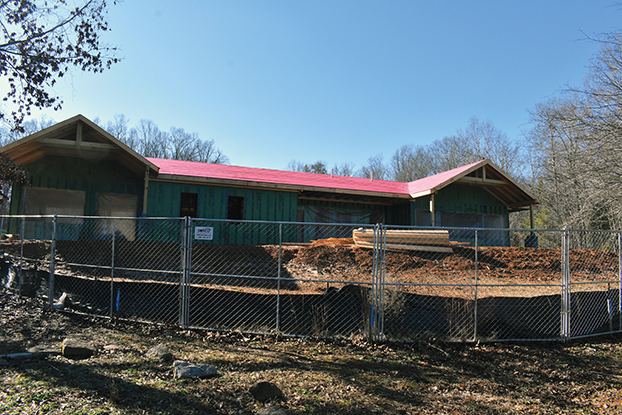 The new multi-purpose building at Dan Nicholas park will over the park's lake. It is scheduled to be completed in the late spring. Ben Stansell/Salisbury Post

SALISBURY — Progress is being made on a new building at Dan Nicholas Park that will serve as a concession stand and as administrative offices.

Construction on the 3,522-square-foot building started in the fall and is expected to be finished in late spring, barring any unforeseen delays. Salcoa Contracting won the bid for the project and was hired by Rowan County to build the new facility for $886,800. A reader submitted a question about the exact purpose of the building.

There was a small speed bump early on in the construction process when it was determined that the existing septic tank on the property would not be able to handle the number of new bathrooms being installed. As a result, a new septic system is being installed by Barrett Environmental for $44,850.

The plumbing and electrical work for the new building is mostly finished and a catwalk in the attic is being constructed to allow for HVAC installation, Triplett said. The building is now roofed. 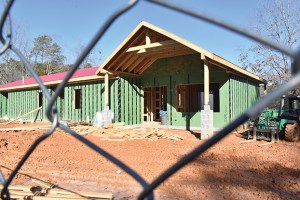 Progress is being made on a new building at Dan Nicholas park that will serve as a concession stand and administrative offices. Ben Stansell/Salisbury Post

Along with a new kitchen and concession stand, the building will feature three new offices, a conference room and several bathrooms. The new administrative space will allow the park’s staff to vacate two offices at the nature center and consolidate under one roof, Rowan County Parks and Facilities Director Don Bringle said. That will give both the park staff, and staff members at the nature center, more room.

The new concession stand is a much-needed upgrade, Bringle said, since the existing concession stand was built more than 50 years ago. The new stand will have a walkup counter, as opposed to patrons having to enter a building to get snacks or a drink. The decision to add a walkup counter, Bringle said, was made before the COVID-19 pandemic, but looks especially prescient now. The kitchen in the building with be equipped with freezers, pizza ovens, a nacho machine and other appliances you’d typically find in a concession stand.

The bathrooms at the old concession stand will remain in use, but the rest of the building will be repurposed for storage.

Danny Powell, the president of Salcoa Contracting, said that he remembers visiting the old concession stand when he was in grade school at Faith Elementary. Powell said that he’s ready to take his son out to the park whenever the new facility is completed.

“I’m anxious to take my son out there,” Powell said. “I can say, ‘Look, this is what Salcoa Contracting built.’ Then get whatever food we can from the concession stand and walk the park.”

Two dead after Sunday fire at home near Rockwell