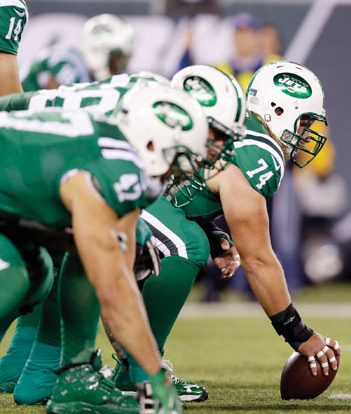 The Jets are also expected to speak to Indianapolis defensive coordinator Matt Eberflus in the next few days as the team’s list of candidates grows.

The 31-year-old Brady completed his first season as the Panthers’ offensive coordinator under Matt Rhule. Carolina ranked 21st overall and 24th in scoring, but had star running back Christian McCaffrey for only three games because of injuries. The Panthers still had four players — running back Mike Davis and wide receivers D.J. Moore, Robby Anderson and Curtis Samuel — have at least 1,000 yards from scrimmage, becoming only the fifth team in the Super Bowl era to accomplish that feat.

Brady has been a popular candidate this offseason, having also interviewed with Atlanta, Houston and the Los Angeles Chargers for their coaching vacancies.

Brady began his coaching career as the linebackers coach at William & Mary, his alma mater, in 2013 before going to Penn State in 2015 to serve as a graduate assistant. He got his first NFL job in 2017 as an offensive assistant under Sean Payton in New Orleans.

Brady was hired by LSU in 2019 as the passing game coordinator and wide receivers coach, helping lead the undefeated Tigers to the national championship. He worked closely with quarterback Joe Burrow, who was the Heisman Award winner and taken No. 1 overall by Cincinnati in the NFL draft last year, and wide receiver Justin Jefferson, who set a rookie record this season with 1,400 yards receiving on 88 catches for Minnesota. 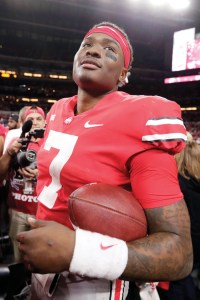 Dwayne Haskins could be in the mix for the Panthers quarterback slot next season. (AP File Photo/Michael Conroy)

CHARLOTTE (AP) — A person familiar with the situation says former Washington quarterback Dwayne Haskins will visit the Panthers on Monday.

The person spoke to The Associated Press on condition of anonymity Saturday because the team does not make its free agent visits public.

The NFL Network was first to report the news.

Washington released the 2019 first-round pick on Dec. 28, less than 24 hours after he committed three turnovers in a loss to Carolina and he was found in violation of pandemic protocols after being caught partying with several people without a mask. Haskins was fined $40,000 and lost his captaincy.

Carolina’s decision to even explore Haskins as a potential option at quarterback could show the team is not completely sold on Teddy Bridgewater as the starting quarterback for next season.

Bridgewater was 4-11 as Carolina’s starter last season. While he completed 69% of his passes, he had only 15 touchdown passes and 11 interceptions. He ran for a career-high five TDs.

“Sometimes you have to hit rock bottom before you can dig your way back out of it,” Rivera said on Dec. 28 after Washington released Haskins. “I hope he learns from these experiences. Hopefully, they’ll make him stronger and they’ll help him and, hopefully, when he gets his next opportunity, he’ll make the best of it.”