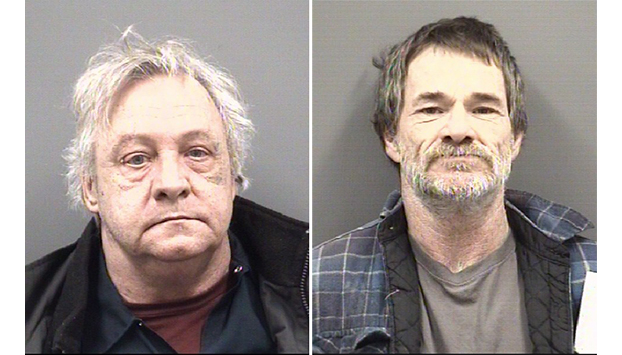 SALISBURY — Two men face a laundry list of charges in connection with damage and theft totaling more than $1 million from a site owned by Old Carolina Brick on Old Beatty Ford Road.

John Arthur Quince, 61, of Salisbury, and Harry Wilson Long III, 52, of Kannapolis, face breaking and entering, obtaining property by false pretenses and larceny charges. Their crimes are connected to the theft of more than $864,000 worth of items from the site at 17375 Old Beatty Ford Road in Gold Hill as well as damages totaling $885,000.

While the exact dates of the thefts remain unclear, the Rowan County Sheriff’s Office said Quince and Long stole equipment and copper wiring then tried to sell it to other businesses while claiming that it was their own.

One of the locations where copper was sold included Queen City Metal Recycling in Charlotte. There, the Sheriff’s Office said, Quince allegedly sold 1,486 pounds of copper wiring and received $1,868 in return.

He also sold scrap to CMC Recycling in Charlotte on four different occasions in April, providing 1,839 pounds and receiving $2,378 in return, the Sheriff’s Office said.

Long is accused of making 18 different translations at Foil’s, a recycling company on Klumac Road in Salisbury, and receiving thousands of dollars in return. The transactions at Foil’s started in October 2019 and ended last month, the Sheriff’s Office said. Along with Long, Quince is accused of selling scrap to Foil’s three times in March.

The crimes were reported in early December after an employee visited the site and noticed several items were missing. The Old Beatty Ford Road site had been non-operational since 2007 and mostly used for storage.