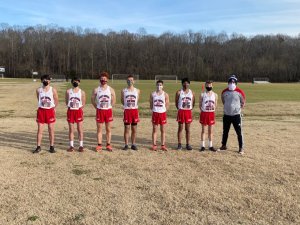 It was a big jump for the Mustangs, who were fourth in the conference meet in the fall of 2019.

North Iredell’s Philip Riddle took individual honors with a 16:34 clocking, but the Mustangs, coached by Nermin Hodzic, had the depth.

Also competing for the champs were junior Hunter Blackwelder and sophomore Cameron Ritchie.