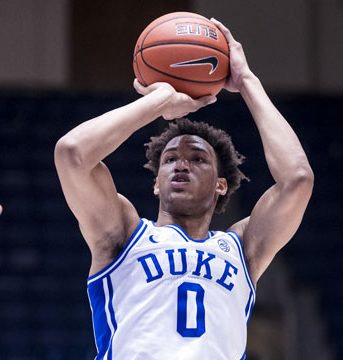 DURHAM (AP) — Wendell Moore Jr. scored a season-high 25 points to help No. 21 Duke hold off Boston College 83-82 on Wednesday night while Hall of Fame coach Mike Krzyzewski was sidelined due to COVID-19 protocols. 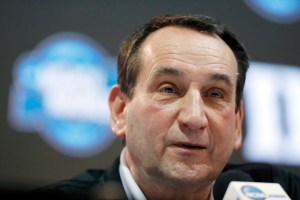 The sophomore had been off to a rough start to the season but had a huge performance for the Blue Devils (4-2, 2-0 Atlantic Coast Conference), who had to rally from 16 down before halftime in their first game in three weeks.

Moore’s night included a critical late basket, corralling an inbounds pass with 2 seconds on the shot clock and hitting an off-balance fadeaway over Jay Heath for an 80-77 lead with 43 seconds left.

Moore added a free throw with 9.9 seconds left to make it a two-possession game, which provided just enough cushion when CJ Felder hit a 3-pointer with 1 second left for the final margin.

Krzyzewski has said he and his wife are following quarantine protocols after a family member tested positive for COVID-19. Krzyzewski said both tested negative as recently as Monday.

That left associate head coach Jon Scheyer to lead the program Wednesday.
Felder finished with 24 points for the Eagles (2-8, 0-4), while Quinnipiac graduate transfer Rich Kelly had a season-high 16 points.

Boston College: The Eagles had lost six of seven coming in, with the only win coming against Maine on Dec. 22. There had been close losses to No. 16 Minnesota (in overtime) and at North Carolina State (by three) — and now another tough one against a ranked team while falling to 3-24 against Duke all-time.

Duke: The Blue Devils last played in a win against Notre Dame on Dec. 16, with two straight league games postponed due to coronavirus issues for their opponents. And Moore had struggled mightily to start the year, managing six points while missing 20 of 21 shots in his previous four games. Duke looked sluggish to start this one, but regrouped and got a welcome bounce-back performance from Moore with Coach K absent.