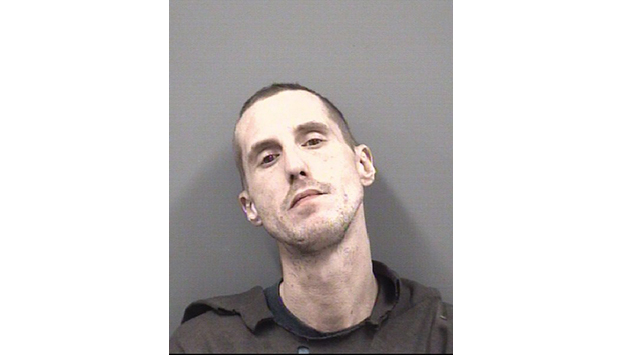 SALISBURY — A Rockwell man faces two felony charges after being accused of using counterfeit money to make a purchase at Cheeseman’s General Store.

Keith Steven Varnadore, 36, of 150 Sand Road in Rockwell, was charged Tuesday with felony counts of uttering a forged instrument and possessing counterfeit tools.

The Rowan County Sheriff’s Office said deputies received a call about a suspicious man who appeared to be under the influence of a stimulant at Cheeseman’s General Store on Old Beatty Ford Road. When law enforcement arrived, Varnadore was asked to leave the property.

The Sheriff’s Office said the man had legitimate, smaller bills in his possession. So, it’s not clear why he used a fake one.

In other Rowan Sheriff’s Office reports:

• A woman reported an assault and property damage Tuesday in the 300 block of Mendenhall Road in Salisbury.

• A woman on Tuesday reported a larceny on the 2000 block of Statesville Boulevard.

• A person overdosed Tuesday in the 2000 block of Harrison Road.

• A woman reported a larceny from a motor vehicle in the 400 block of Calhoun Street.

• Motts Powersports on Tuesday reported fraud in the 1300 block of North Main Street.

• A person reported the larceny of morphine Tuesday in the 100 block of North Shaver Street.

• A man reported a shooting into occupied property in the 100 block of North Oakhurst Drive. Police said a man’s residence was hit once in the front. Two vehicles were also struck.

• Derrick Jewone Blackwell, 25, was charged with robbery with firearms or other dangerous weapons in the 100 block of West Liberty Street. Police said the victim heard a knock at the door and, after answering, the suspect came in and stole a firearm.