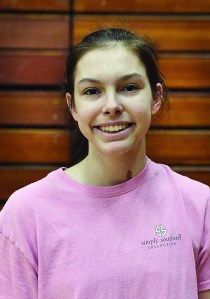 The top-seeded Raiders (13-1) will play No. 3 seed Central Davidson tonight at Oak Grove for the tournament championship.

Both teams will be in the state playoffs, along with Oak Grove.

Salisbury won 25-21, 24-26, 25-15 and 25-15 against East Davidson on Tuesday in the Central Carolina Conference Tournament consolation round.

Ellen Yang had 34 assists, 14 digs, seven kills and six aces for the Hornets.

Carson had a sweep at East Rowan in the first round of the North Piedmont Conference Tournament on Tuesday.

The teams tied for fourth in the regular season.

The loss ended the season for the Mustangs (4-9).

West Rowan hosts South Iredell at 6:30 p.m. Wednesday in a matchup that could have a bearing on the playoffs. They split in the regular season and tied for second place.

Projections have one, but not both, making the playoffs as a wild card team.

North Iredell is the only team with a guaranteed playoff berth.