Salisbury won against Thomasville in the Central Carolina Conference volleyball tournament on Monday.

The ninth-seeded Hornets and 10th-seeded Bulldogs didn’t make the standard eight-team tournament bracket, but the CCC set up a format that allows every team to play at least two tournament games.

Salisbury will conclude its season on Tuesday in the “consolation bracket” at No. 7 seed East Davidson.

The Raiders (12-1) will host fifth-seeded Ledford in a semifinal at 6 p.m. on Tuesday. The other semifinal will be third-seeded Central Davidson at second-seeded Oak Grove.

In other consolation action scheduled for Tuesday, Thomasville plays at Lexington and North Davidson plays at West Davidson.

Wednesday’s semifinals and Thursday’s championship match are at West Rowan. 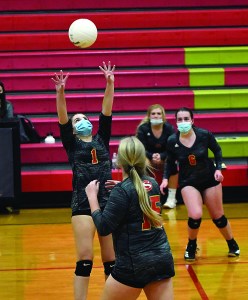