Blotter: Salisbury woman arrested for falsely claiming she was abducted 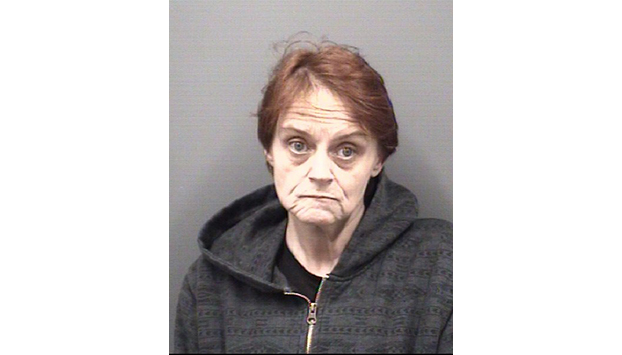 SALISBURY — The Rowan County Sheriff’s Office arrested a Salisbury woman Friday for felony possession of a controlled substance on jail premises, resisting an officer and falsifying a police report.

Heather Michelle Miller, 46, of Salisbury was charged after she allegedly filed a misleading report claiming she had been abducted and robbed by strangers. The report states Miller was actually making a narcotics deal with friends and purposely misidentified suspects to hinder the officer’s investigation of the reported robbery.

Miller also allegedly provided an officer with a fake name, referring to herself as “Kathy Daniel,” while the officer was investigating a reported shoplifting incident at a discount store located at 2012 W. C. St. in Kannapolis.

The report also state Miller was in possession of methamphetamine and two clear baggies of crystal meth hidden inside the tongue of her shoe while on jail property.

• Matthew Tyler King, 20, of Rockwell was charged Friday with a felony count of interfering with a jail/prison fire system at the Rowan County Detention Center.

• Carrie Noel Vines, 23, of Rockwell was charged Thursday with a misdemeanor count of simple assault.

• Yolanda Michelle Phillips, 53, of Salisbury was charged Friday with a felony count of larceny after allegedly stealing $2,000 from someone.

• Richard Kasey Webb, 32, of Salisbury was charged Thursday on four misdemeanor counts of simple assault, resisting a public officer, possessing marijuana paraphernalia and possessing drug paraphernalia. Webb allegedly refused to open the door for a Rowan County Sheriff’s officer while the officer was investigating a breaking and entering and assault case. The report also states Webb threw a log and struck another man, causing physical damage to the victim’s right leg.

• David Rivers, 24, of Salisbury was charged on misdemeanor counts of simple assault and larceny after allegedly striking a victim, dragging him down the stairs and kicking him in the stomach. Rivers also allegedly steal a iPhone 12 worth $900.

• Winslow Cherry Jr., 30, of Salisbury was charged Sunday with felony possession of methamphetamine, a schedule I controlled substance.

• Tauriana Janea White, 20, of Salisbury was charged Saturday for misdemeanor assault with a deadly weapon.

• Jose Lainez Oliva, 25, of Salisbury was charged with misdemeanor assault on a female.

• Charles Logan Stiller, 19, of Spencer was charged Saturday for felony possession of cocaine and misdemeanor possession of drug paraphernalia.

• Jonathan Brian Eudy, 49, of Kannapolis was charged Sunday for felony possession of methamphetamine — a schedule II controlled substance — as well as misdemeanor carrying a concealed gun and misdemeanor possession of drug paraphernalia.