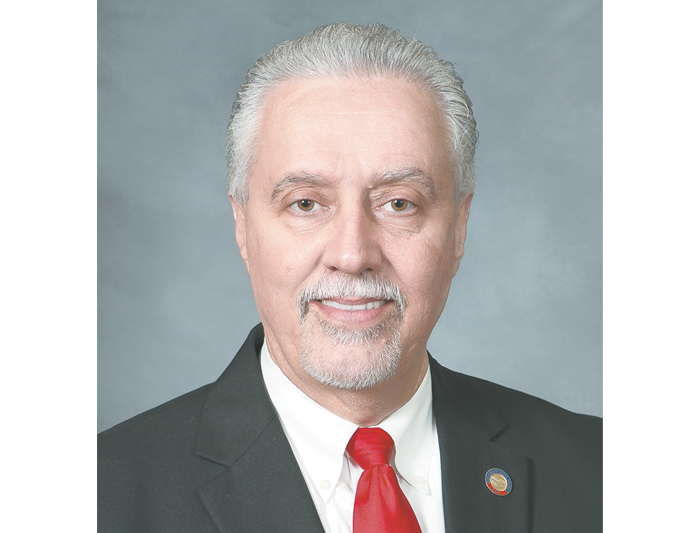 SALISBURY — With his new role as the Senate’s Republican joint caucus leader, Sen. Carl Ford’s hope for the new year is to reopen the economy, cut “red tape” and continue addressing tax reform in North Carolina.

Ford was re-elected to serve in the N.C. Senate representing District 33 in the 2020 general election after beating Democratic challenger and political newcomer Tarsha Ellis by more than 40,000 votes across both Rowan and Stanly counties. Ford has represented District 33 since 2018, and served in the state House for three terms, representing District 76 from 2013-18.

Ford also previously served as a Rowan County commissioner from 2008-2012.

He was one of three Republican state lawmakers re-elected to represent Rowan County in the North Carolina General Assembly.

Following a unanimous vote among Senate Republicans on Nov. 30, Ford was elected to serve as the Republican joint caucus leader. He’s been named among the Post’s list of “10 to Watch” in 2021.

The joint caucus leader is in charge of coordinating meetings between the Senate and House Republican Caucus when necessary. Ford said the two caucuses may need to meet for discussions related to the annual budget or other major bills.

Ford will work closely with the House joint caucus leader, Rep. Pat Hurley, a Republican who represents Randolph County, by meeting weekly to discuss what’s going on in each chamber and what bills are “being held up” or are in need of more push to pass through the chambers. The two can deem it necessary for both caucuses to meet as well.

COVID-19 will certainly be on the minds of lawmakers when they return to Raleigh on Jan. 13 to begin the next legislative session. Ford said among his priorities as a lawmaker and joint caucus leader will be “getting the economy and businesses reopened, cutting red tape and continuing tax reform.” Throughout his campaign, he vocalized his dissatisfaction with Gov. Roy Cooper’s implementation of pandemic restrictions by way of executive order and emergency powers, and said another attempt at reigning in the governor’s emergency powers would be a priority if re-elected.

Who would play you in a movie? Sean Connery
What would you want for your last meal? Ribeye steak
What’s your biggest personal hope and challenge for 2021? Having a closer relationship with God
Who’s a person you’ll be watching in 2021?  North Carolina Lt. Gov. Mark Robinson
If you won $10 million, how would you spend it? Tithe to my church, give to other ministries, get out of debt and buy a new home
What’s your reaction to being named as one of the Post’s 10 to watch? Shocked and honored