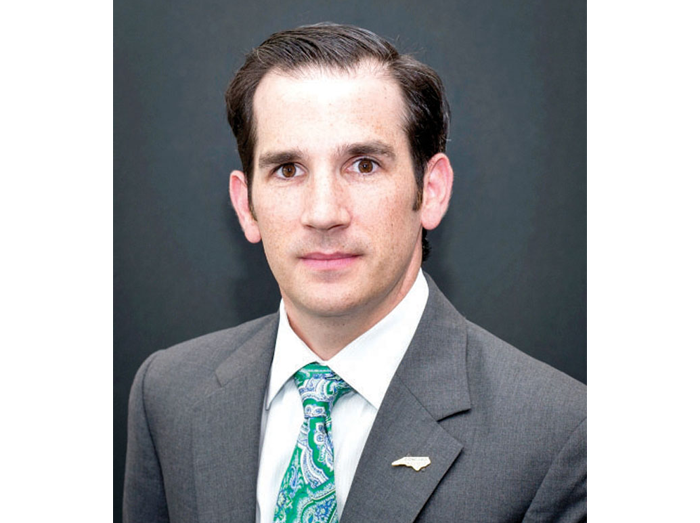 SPENCER — Peter Franzese is fresh on the job as Spencer’s town manager, appointed by the town’s Board of Aldermen in December after spending a few months as assistant town manager.

Franzese, 37, came to Spencer from the city of Concord, where he spent 12 years and was public affairs and project manager. Franzese spent most of his early life growing up in Kernersville, though his family moved to Concord as he approached the end of high school. He attended the University of North Carolina at Chapel Hill, earning a bachelor’s degree before going on to earn a master’s degree in public administration.

Franzese took 0ver for veteran manager David Treme, who served as interim town manager in Spencer from June of 2019 to Dec 18. Franzese was hired with the expectation that he’d eventually become manager and worked with Treme in the months leading up to his appointment. Franzese described the experience as a spiritual retreat in public service.

Spencer is looking toward a big 2021, with construction on its long-anticipated Park Plaza expected to begin this month. The project will rework the troubled shopping center into a municipal complex for the town. The N.C. Museum of Dolls, Toys and Miniatures is scheduled to move into another part of the space. The current municipal building is housed in a former rail dormitory and has issues with space, utilities and evidence storage for the police department. The renovations are expected to be completed this year.

The town is also approaching other projects that include a Yadkin trailhead project and dispensing federal grant funds for repairs and renovations of local homes.

Franzese said he wants to continue the process of getting staff reorganized, filling vacancies in the town and focusing on the year’s coming projects. He’s also wants the country get through the pandemic.

“It has been a challenging year for everybody,” Franzese said.

Who would play you in a movie? Combination of Milo Ventimiglia with voice by Jim Gaffigan for comedic effect.

What would you want for your last meal? A potluck dinner including all the family and friends who could possibly attend, complete with all the wonderful, varied items they would contribute to the menu.

What’s your biggest personal hope and challenge for 2021? The last year has shown how much we can still accomplish despite what seem like insurmountable odds and even tragic circumstances. I hope 2021 shows that we learned from 2020 by continuing to care for each other, while committing to success through broad collaboration and inclusion. I also want to scroll less and read more.

Who’s a person you’ll be watching in 2021? New Rowan-Salisbury Schools Superintendent Tony Watlington. It is a particularly challenging time to jump into such a role; I thank him for bringing his talents and perspective to Rowan County, and wish him (and therefore all RSS staff, students, and families) abundant success in the months and years to come.

What’s your reaction to being named as one of the Post’s 10 to watch? I am humbled and thankful that Spencer continues to be seen as a community with promise after Mayor Williams was named to the 2020 list. I am grateful for the opportunity to lead the outstanding town staff and work with elected officials, community members, and other partners in enhancing the quality of life in Spencer. Credit should go to God and my family, as well as colleagues, teachers, mentors, and others who all formed me into a servant leader who believes in honesty, communication, and teamwork.