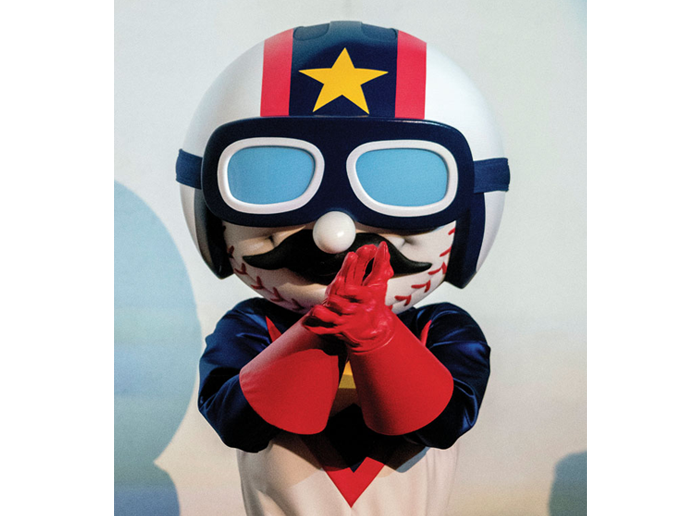 KANNAPOLIS — The year 2020 was set to a big one for the Kannapolis Cannon Ballers.

On April 16, the city’s recently renamed baseball team was scheduled to christen its brand new $52 million ballpark by throwing out the first pitch on opening day. That day, and the season that was to follow, was poised to mark a new era for both the team and the downtown that was being revitalized around it.

Then, due to the COVID-19 pandemic, the minor league season was indefinitely suspended. Months later, it was canceled altogether.

Despite not being able to play ball last year, the Cannon Ballers have renewed hope for 2021.

Although no formal plans have been announced for the 2021 minor league season, Kannapolis Cannon Ballers General Manager Matt Millward is optimistic about baseball being played in Atrium Health Ballpark this season.

“We don’t have our schedule for next year just yet. We’re hoping to get that, I would say, hopefully in February,” Millward said.

The fact that a 2021 season will be played is likely, Millward said. Whether or not fans will be allowed to watch is a different question.

“It’s still being decided how many games we’ll play, if there will be limitations on the number of fans,” Millward said. “At the end of the day, we’re just excited to play baseball.”

While some sports leagues have allowed a limited number of fans in stadiums, others have not.

The NBA and the MLB both finished their 2020 seasons in front of empty seats, but MLB Commissioner Rob Manfred said that the league does have plans to put fans back in stadiums in 2021. That doesn’t necessarily mean Cannon Baller fanatics will be able to watch their team play live, at least, perhaps not in big numbers.

“I don’t think, come April, we’ll have a full stadium of 5,000 people,” said Millward, who spent almost a decade working for the Charlotte Knights. “I think that’s an unrealistic expectation, but as time goes on, hopefully we can get back to normal.”

Even though the Cannon Ballers couldn’t welcome fans to watch baseball in 2020, the team did find creative ways to engage with its fan base while showing off the features of Atrium Health Ballpark.

The team hosted events like Trees of Hope and Field of Honor, which Millward said allowed them to “bring in the community while giving back to the community.” The Cannon Ballers also rented out their stadium spaces for batting practice, birthday parties and opened the concession stand for anyone who wanted to buy a hotdog or a beer.

By offering events and services, the team turned a baseball-less year into a test run.

“It’s definitely helped us work out a lot of kinks, whether it’s point-of-sale systems or policy procedures, just even informing our staff of if an emergency situation happens, these are the steps,” Millward said. “It’s not to the full level of a baseball game operation, but it’s helped us work out some of the bugs.”

The Cannon Ballers’ outreach appears to have paid off. Millward said that even during the height of the pandemic, people were still interested in purchasing season tickets for 2021.

While Atrium Health Ballpark sat mostly vacant last year, the downtown area around it was buzzing with activity. Millward said that it seems like a new shop or restaurant is opening near the ballpark “almost every week.” The revitalized downtown, Millward said, will add to the game day experience for fans once they are able to visit the stadium.

“I promise you, in a year and then two years, five years, 10 years, you’re really going to see this downtown area thrive.” Millward said.

As Millward waits for more details to come to light about the 2021 season, he’s excited for what the future holds.

“We’ve given the community a taste of what we have to offer, but we haven’t even come close to giving them the full experience,” Millward said. “We’re ready to kick it off.”

Who would play you in a movie? Although he is no longer with us, Evel Knievel embodies the spirit and daredevil nature of our team mascot Boomer. As Knievel once said, “The most important thing in life is, if you have a dream, I mean a real good dream, follow it.”

What would you want for your last meal? A “Baller Basket” consisting of a grilled jumbo hot dog, French fries, ice-cold Pepsi and chocolate chip cookie.

Biggest personal challenge in 2020? When we learned that there would not be a 2020 Cannon Ballers season, we were forced to pivot our operation and discover other unique ways to connect with our community. Although there was no baseball played on our field, we opened the beautiful Atrium Health Ballpark and made it a safe destination for all residents could enjoy.

Biggest personal hope for 2021? Our personal hope is that we can slowly return to normal and resume the Minor League Baseball schedule. The Cannon Ballers gameday experience will be second to none and we can’t wait for the community to enjoy all of the sights and sounds at Atrium Health Ballpark.

Who will you be watching in 2021? We couldn’t be more excited to watch the development within the city of Kannapolis continue to flourish. Even through the tough times of 2020, the downtown area was buzzing with excitement and pedestrian traffic. With additional restaurants, businesses, and residential apartments set to open their doors, the revitalization of downtown Kannapolis continues to grow above and beyond expectations.

What’s your reaction to being named as a 10 to Watch? We are honored to be named as a 10 to Watch for 2021. The success of the Cannon Ballers would not be possible without the support of the community and we are so thankful to have such a devoted fanbase behind us. Our vision of making the Cannon Ballers experience one of the best in the country remains unwavering and we are certain that, “The best is yet to come.”