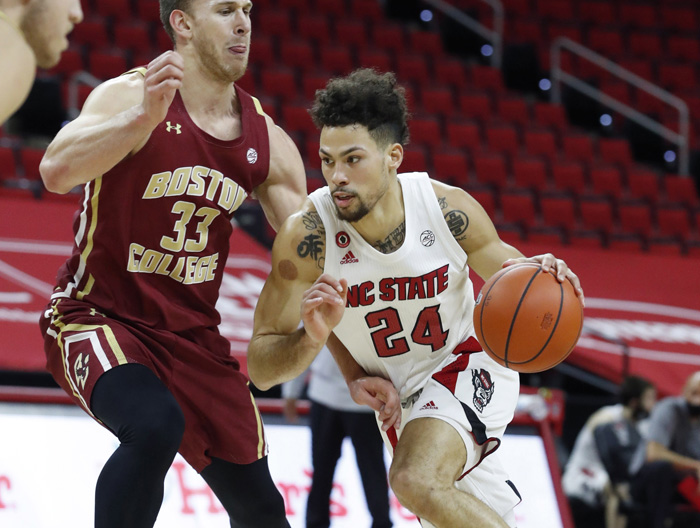 RALEIGH — Shakeel Moore scored four of his 12 points in the final 26 seconds to help North Carolina State pull ahead of Boston College for a 79-76 win on Wednesday night.

Moore’s pull-up jumper from the top of the key with 26.9 seconds left gave the Wolfpack (6-1, 2-0 Atlantic Coast Conference) the lead for good at 77-76. Devon Daniels stole it from Boston College’s Wynston Tabbs with 14 seconds left and, as the Eagles (2-6, 0-2) elected to press but not to foul, N.C. State pushed it ahead for Moore’s dunk with a second left.

D.J. Funderburk had 21 points and Jericole Hellems scored 20 for N.C. State. Daniels added 12 points for the Wolfpack, who opened the game with a 15-4 run and led by as many as 15 in the first half.

Makai Ashton-Langford finished with 11 points for the Eagles.