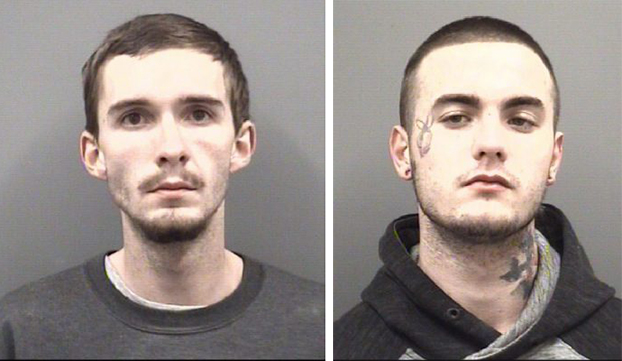 The victim called 911 to say two men broke into her home while she was inside and took off with her firearms. She said they ran away on foot. The Rowan County Sheriff’s Office charged Zachary Ryan Smith, 23, and Jason Matthew Wojciechowski, 18, with robbery with a firearm, felony breaking or entering, larceny of a firearm, possession of marijuana, possession of drug paraphernalia and carrying a concealed handgun.

Deputy J.R. Corriher spotted two suspicious individuals at Back Creek Church Road and detained them. The victim was able to positively identify the two men and pinpoint them while at the scene.

Smith, of China Grove, and Wojciechowski, of Salisbury, were tracked by the K-9 and caught nearby at the intersection of Back Creek Church Road and N.C. 801, Sifford said.

The men were found to be in possession of illegal narcotics and concealed handguns. Both were issued a $75,000 secured bond and are being held at the Rowan County Detention Center.