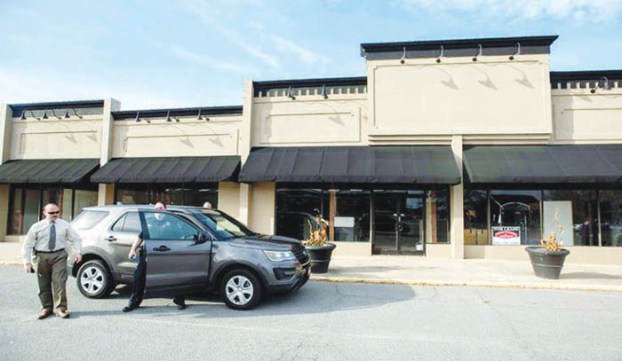 SPENCER – Spencer is hoping to begin construction on its municipal complex project in mid-January and met with the parties involved on Tuesday.

That included architect Keith Wales, town administration and representatives from general contractor Vertex Construction and the U.S. Department of Agriculture. The virtual meeting mostly consisted of Wales giving an overview of site management and documentation for the project.

Town Manager Peter Franzese will be the town’s official point of contact for the project.

Wales said he will observe, but will not be on site to supervise. He will make sure documents are completed and followed.

Wales offered some advice, including that the project only needs three main points of contact because these kind of municipal projects can get out of control when multiple people try to influence it outside of the chain of command.

“Essentially we don’t want staff members stepping in and talking to subs about ‘Hey I’d really like it if my office were like this’ or outside influences, even board members,” Wales said.

Wales suggested a handful of site tours for the board and possibly a couple of other people such as a member of the press.

“This is twofold — one, to keep people from wandering on site and maybe getting the wrong impression of something, but more importantly, a construction site is very dangerous. When you wander on site, bad things happen,” he said.

Vertex does not plan to leave the building open during the day or leave materials outside or bring in more material than is needed. The contractor will barricade sidewalks when workers are there.

Wales said not leaving material outside will also help with theft problems.

The town is financing the project through the USDA, which will pay off the town’s construction loan via Truist Bank and then be paid by the town. Vertex was awarded the construction contract for the $3.9 million project in December after winning the closed bid for the project earlier this year.

A sign for the site will be placed nearby. Franzese suggested placing signage near the corner so people can see it while passing by.

Wales said the town will need to speak to the other owner of the building about installing a fire wall. The project will require a concrete block wall that’s 2 feet wide since the town only owns 20,000 square feet of the building.

The project will renovate part of Park Plaza to create new facilities for town administration and the fire and police departments. Conversations that eventually led to the project began in 2015, when the town began to examine the inadequacies of its current municipal building that is a former railroad dormitory.