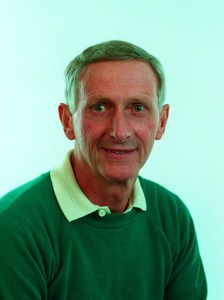 A story on Eaton’s amazing 1955  season for Boyden High, when he was a one-man pitching staff, appeared in Sunday’s Post.

He is the all-time leader for the local Legion progam with 33 career victories and 419 strikeouts.

Eaton established program single-season records of 15 wins and 219 strikeouts when he pitched for the 1955 Salisbury Legion team that went to the World Series.

Ned Storey passed away on Tuesday at 83.

Storey played on the 1955 Boyden High state champions and the 1955 Salisbury Legion team that won state, regional and sectional championships and went to the World Series.

He played college baseball and soccer at Pfeiffer.

Storey served as the General Chairman of the National Sportscasters and Sportswriters Association and helped coordinate the annual awards ceremony for many years.

Former Salisbury Hornet and Pittsburgh Steeler Keion Adams  has signed with the  Saskatchewan Roughriders of the CFL.

The second-place team was Calvin Smith and Ralph & Pam Carver.

Ty Cobb had the longest putt. Smith won closest to the pin.

East hosts Carson on Tuesday in the first round of the NPC tournament.

West Rowan plays in a 6:30 p.m. semifinal at West on Wednesday against the South Iredell-Statesville winner.

The tournament championship is set for 6 p.m. on Thursday, Jan. 7.

There won’t be a Rowan County swim meet this season.

Regular-season swim meets, other than the  conference championship meets, are limited to three teams.

The North Piedmont Conference Championships were pushed back to Jan. 6 and will be run in Statesville.

West Rowan’s Megyn Spicer will continue her running career at Lincoln Memorial. A story is upcoming.

The Bassmaster College Series will begin March 5-6 on Lake Norman in Cornelius.