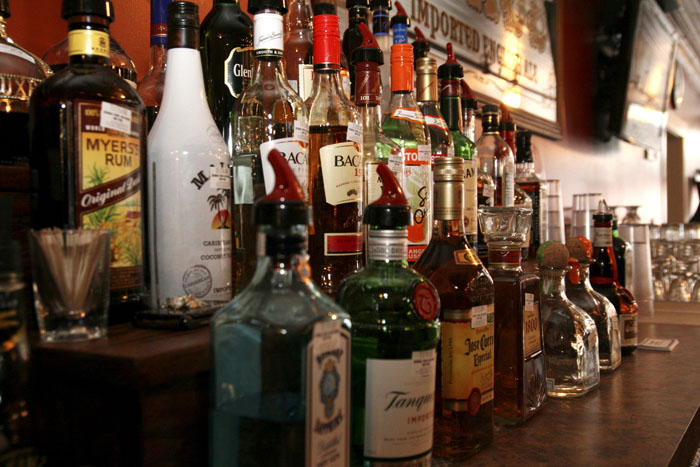 A selection of mixed drinks is available to go now, but with restrictions. (File photo by Andy Mooney, Salisbury Post)

SALISBURY — In an effort to give restaurants and bars a boost while ensuring public health safety, Gov. Roy Cooper announced last week that mixed alcoholic beverages could be sold to go and for delivery effective until Jan. 31.

“This order will help people avoid settings that can contribute to increased viral spread while giving restaurants and bars a financial boost that they need right now,” Cooper said in a news release. “With cases and hospitalizations high around the country, let’s all do our part to slow the spread of COVID-19 while supporting local, small businesses safely.”

Like the drinks that are now available to go or for delivery, the reaction to the executive order among local restaurant and bar owners so far has been mixed.

Gianni Moscardini, the owner of La Cava italian restaurant, said that the executive order was a pleasant surprise.

“It caught everybody by surprise,” Moscardini said. “We’re trying to react as fast as we can and take advantage as quick as we can.”

Moscardini said that La Cava already sold a to-go mixed drink to a customer, but he’s still trying to gain clarification on how the drinks must be properly packaged. Even though the restaurant has sold wine for customers to take home, selling mixed drinks is entirely different.

“That’s where it’s still a little bit murky,” Moscardini said. “We don’t know exactly how it’s going to work and how you’re going to seal the drink. We’re not quite sure yet.”

Moscardini isn’t alone in his confusion.

Keyla Hedrick, a staff member at DJ’s Restaurant, said that the eatery is also seeking more information about how to-go drinks should be sealed.

“I used to work in Florida and down there you just don’t put a straw in the drink and they can take it with them,” Hedrick said. “Here, I believe there’s some kind of seal on it, so I’m waiting to hear from the (Alcoholic Law Enforcement) before we move forward with that on exactly what their specifications are for it to be considered takeout and not an open container.”

Hedrick said that she hasn’t heard of many local restaurants or bars who have jumped on the opportunity quite yet.

Chris Ostle, the owner of The Fish Bowl, said that the stipulations included with the executive order make him weary of even trying to participate. There are a number of rules listed in Cooper’s order, one of which states that a single purchaser can only buy one mixed beverage at a time when ordering a drink to go or to be delivered.

With no mixed drinks exceeding $9 on the menu, Ostle said, delivering a single drink to a customer wouldn’t be profitable.

In addition to that rule, each mixed beverage that is sold to go or delivered has to have a label that lists the drink name or the type of liquor it possesses and the quantity of liquor. The label must also state the name of the person who the drink is being delivered to and a statement that reads: “The contents of this container shall not be purchased by, possessed by, or given to, any individual under the age of 21 years.”

Those requirements build on top of the deliverer already having to possess a receipt that lists the name, address, and telephone number of the seller, the purchaser’s name and delivery address and the deliverer’s delivery service permit number.

Some other rules listed in the executive order include:

Ostle said that the order may be helpful to some restaurants who already have a robust delivery system in place, but for his business it wouldn’t make sense. He’d also be concerned about someone opening the sealed container in their car, which is against the law.

“It’s better for them to package their food with some alcohol, but it doesn’t really work for us and what we do and it’s just a liability nightmare,” Ostle said. “We’re not even going to bother with it.”

Amie Baudoin, the owner of Morgan Ridge Railwalk brewery and eatery, said that the mixed drink order won’t impact their business, since they only serve beer and wine to go, which requires a different permit. Baudoin said that adding mixed drinks was part of their business plan for the upcoming year, but COVID-19 changed that. Adding mixed drinks to take advantage of the order, Baudoin said, isn’t something they plan on doing.

Moscardini is optimistic that the order will be beneficial and he said that his team at La Cava is coming up with a plan to take advantage of it when the restaurant reopens after closing for a few days for Christmas.

“The thing is, if they’re going to keep on going, it would be a very good thing,” he said.

Since the order expires on Jan. 31, restaurants and bar owners will have to adapt quickly in order to reap the benefits.