Cross country: Nolan Miller has been huge cog for South 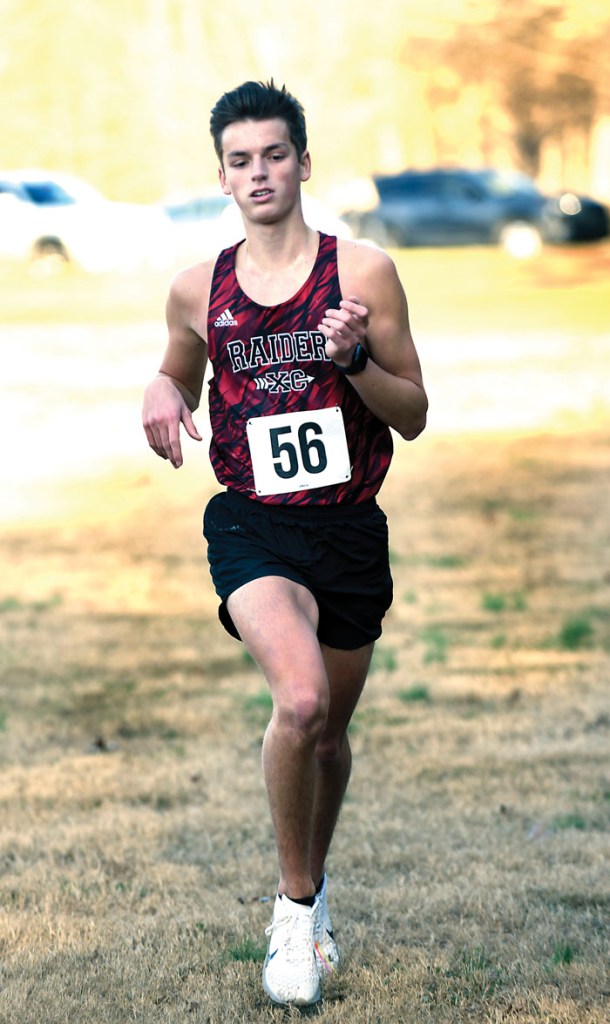 They have the same lean build, same height, same haircut, same posture, same politeness, same focus on and off the course.

And obviously, the same red and black uniform on race days.

When they’re both wearing pre-race or post-race face coverings, about the only way to tell who is whom is by carefully examining their divergent footwear.

“I actually do get that a lot,” Miller said with a laugh. “I get confused with Noah all the time. That’s not a bad thing.”

Miller and Julian are more like siblings than teammates. They go back, way back.

“I remember when we were in elementary school there was a teacher who would get us mixed up,” Julian said. “Sometimes our names would get confused. We’d be Noah Miller and Nolan Julian.”

Miller and Julian’s families, both of which include teachers, became tight. The connection was that the Julians and Millers were both close friends of the Jones family, the family which produced Carson’s top current runner T.J. Jones.

The Julians run as a way of life — all of them. So Miller took up running as well.

“I started running at the same time Noah did,” Miller said. “It might have been as early as third grade.”

While Julian became a champion, Miller developed into an equally indispensable part of South’s resurgent program that has produced three county team titles and two conference championships in the past three seasons.

In his four county meets, Miller has placed 19th, eighth, sixth and fifth. In his four CCC meets, his progression has been 25th, 19th, ninth and ninth.

That’s three all-county honors and two all-conference nods in a 10-team conference. That’s nothing to sneeze at.

Miller has gradually improved his standard meet times from the 19s to the mid-18s. He ran 17:55 and was South’s second finisher, behind Julian, in last season’s 2A State Championship Meet at Kernersville’s Ivey Redmon Sports Complex.

South has advanced during Miller’s four seasons from fifth place in the county meet to perennial champion, from also-ran to team-to-beat.

All athletes have faced unusual challenges in 2020 because of COVID-19.

“It has been hard to keep training and to keep going when you know it could all end any day,” Miller said. “But I’ve tried to find ways to stay positive, and here we are, still running. I’m very thankful we’ve gotten this season in.”

Tuesday brought a repeat CCC title. It was a strange, muddy championship, contested in the chill wind of December. It happened in waves of runners, and with masks everywhere, but it was still a championship.

“This is a pretty tough course  at Salisbury Community Park, with all the hills. so you’re constantly going up and down,” Miller said.  “But winning another championship with my teammates means everything. It means the work we put in together was all worth it.”

While important missions have been accomplished, South isn’t done. The 2A Midwest Regional — and probably the state meet — still lie ahead in January.

These will be the last weeks of cross country for Miller.

While Julian will continue his athletic career, probably at Lenoir-Rhyne, Miller will not.

“I believe I could have gotten a D-II scholarship, but I’ve decided that I’m not going to run in college,” Miller said. “I want to study civil engineering, and I’ve been accepted at UNC Charlotte. I’ve also applied at N.C. State, but even if I do get accepted there, it will probably be Charlotte. I really like Charlotte.”

Miller and Julian are both excellent students.

“Nolan and Noah have been buddies a long time, so we’ve been able to watch Nolan grow into being a tremendous young man with all kinds of great attributes,” Coach Julian said. “This is just a really great kid.”