SALISBURY — A Piedmont Correctional Institute inmate died this week following an apparent suicide at the medium-security prison, according to police and corrections officials.

On Monday, Darrell Franklin Black, 54, was found unresponsive in a housing area of the prison, at 1245 Camp Road.

Black hanged himself, according to Salisbury Police Department spokesman Lt. Lee Walker. However, prison officials said they couldn’t provide any details as it is still under investigation. 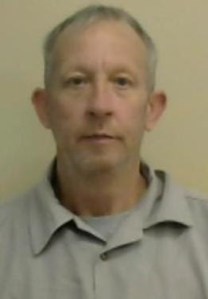 Black was in prison for possession of a firearm by a felon, which was a violation of his Oct. 14 probationary sentence for larceny, said Jerry Higgins, communications officer/juvenile justice over adult correction.

Higgins said Black was found unresponsive in a housing area at 4:52 p.m. on Monday.

“Prison medical staff and local paramedics responded and worked to resuscitate the offender. He was pronounced dead at 5:21 p.m. at the facility by EMS,” Higgins said.

DPS officials and local law enforcement are conducting the investigation, he said.

Black was convicted for larceny in Stanly County in October 2020 and was serving a one-year sentence.

COVID-19 relief package could be a ‘bridge’ for some…