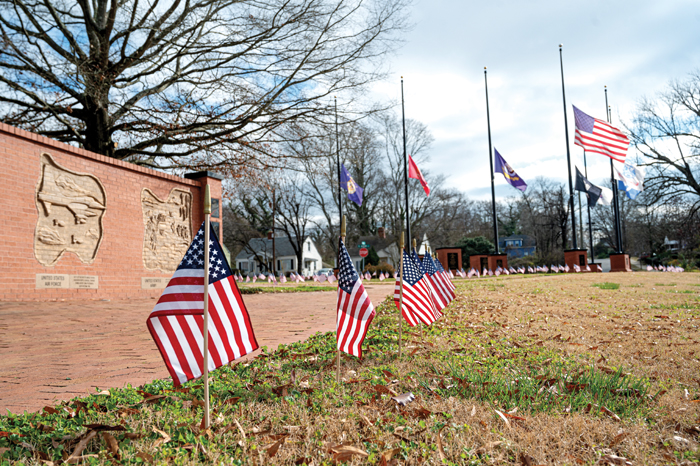 Josh Bergeron / Salisbury Post - Small American flags line the edge of the Patriots Flag Concourse and Memorial near City Park. The flags were placed there, says Ronnie Smith, in lieu of the usual wreath-laying event that happens at the Salisbury National Cemetery and its annex for Wreaths Across America.

The annual Wreaths Across America ceremonies at the two national cemeteries in Salisbury were canceled this year due to the COVID-19 pandemic.

There are still some wreaths at both locations, mostly placed on individual graves. At the Historic National Cemetery on Government Road, there were a few dozen wreaths placed on a section of the graves.

This year’s wreath sponsorships will be carried to next year’s event. There were ceremonial wreaths honoring military branches placed at both cemeteries. 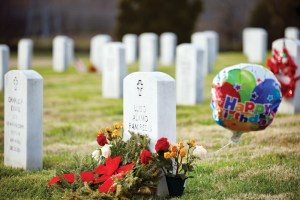 Carl Blankenship/Salisbury Post – A grave at the Salisbury National Cemetery at the W.G. “Bill” Hefner VA Medical Center. There was no Wreaths Across America at the cemetery this year, and the organization is accepting wreath sponsorships for the 2021 event.