Spencer sends off Dave Treme with a one-off holiday 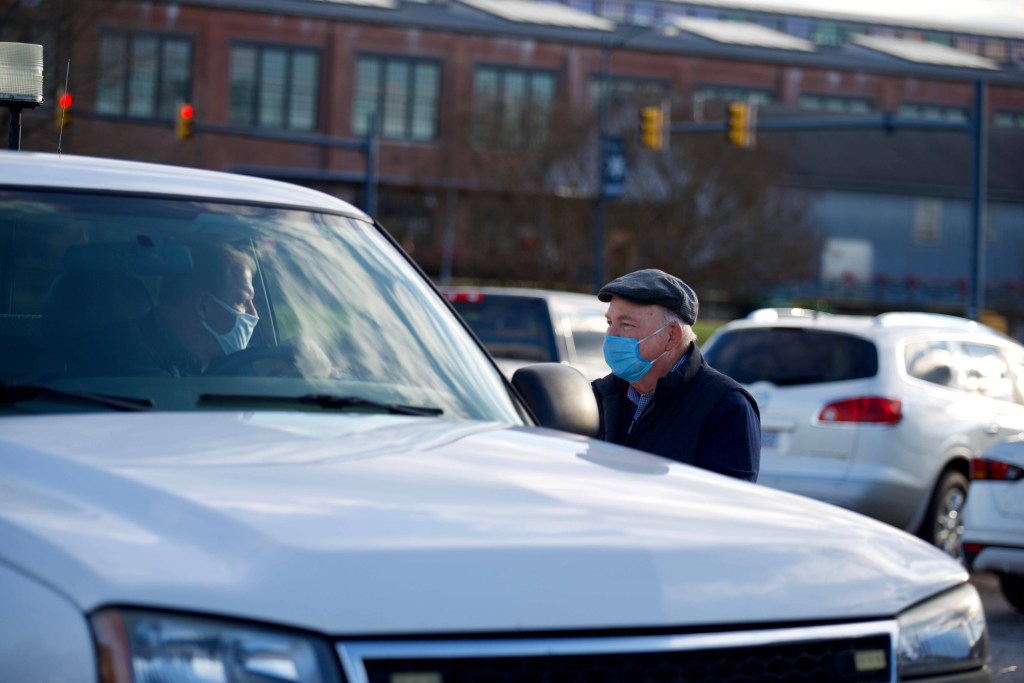 Carl Blankenship/Salisbury Post - Dave Treme at the drive-thru send off. Treme spent most of his career as city manager of Salisbury,

SPENCER — Spencer Mayor Jonathan Williams declared Friday as David W. Treme Day in honor of the outgoing interim town manager. To cap off his last day with the town, a drive-thru sendoff allowed staff and others to recognize Treme and thank him for his service.

The town’s emergency services were out in force to recognize Treme, and Chief of Police Mark James presented him with a plaque in honor of his service.

Mayor Pro Tem Patti Secreast said Treme has done a remarkable job for the town.  “He has really led us in a very positive way,” she said.

Sylvia Chillcott was on the board when Treme was hired. She said Treme did wonders for the town, allowing it to accomplish things that would have been impossible without him.

“We didn’t want him to leave,” Chillcott said.

Treme said he was sad to leave a great group of people but happy the town has been successful. He said he thinks the town is in a good place with good leadership coming in.

Treme was hired in June of 2019 amid a transition in leadership and his time has been marked by successes for the town that include grant awards and the finalizing of plans to convert part of Park Plaza into the town’s municipal complex.

Williams declared the one-off holiday in town for Treme, and also established a fund to further education of town staff in his name.

Treme, who spent more than 25 years as city manager of Salisbury, has taken on several interim roles since his initial retirement in 2011, including coming out of retirement to serve as permanent town manager of Mooresville.

Peter Franzese, former public affairs and projects manager for Concord, officially took over as town manager on Saturday and has spent the past few months learning from Treme as assistant manager. His contract was approved Tuesday.

Franzese said this was a chance to work with Treme and not just have to figure everything out on his own.

“He led the way for me, so that was huge,” Franzese said.

Construction on Park Plaza is expected to begin in January. The new facility will house municipal offices, including the police and fire departments. Discussions about securing a new municipal facility date back to 2015.

After a previous round of bids for the property came in significantly higher than expected, the town went back to the drawing board and the latest iteration took a value engineered version of the project to bid.