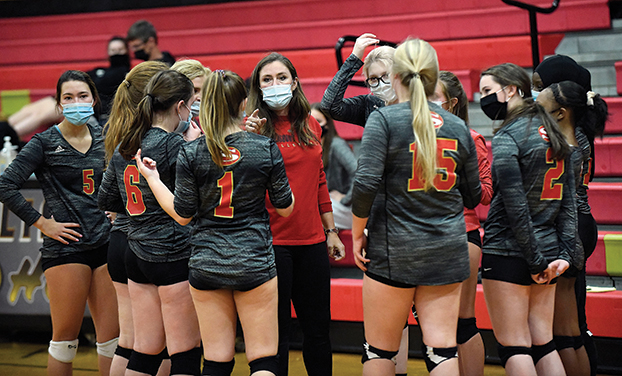 Salisbury's Coach Andrea Davis in the center giving instructions during a time out., photo by Wayne Hinshaw, for the Salisbury Post

SALISBURY — Ellen Yang’s batting averages during her Salisbury High softball career look like typos — .514 as a freshman, .549 as a sophomore, and .571 in her pandemic-plagued junior season that was halted after five games.

There have been 54 base hits in Yang’s 100 official high school at-bats.

Throw in 11 home runs, 48 RBIs and a stack of strikeouts as Salisbury’s pitcher and you’ve got one of the best softball careers in school history, with her senior season (hopefully) still to go.

Yang was the third baseman on the Rowan Little League softball teams that won the World Series in 2015 and finished as runner-up in 2016.  She played for her father, Steve, who coached another World Series champion in 2019. That repeated success on national TV has made Steve one of the best-known coaches as well as the most famous dentist in the county. Just about every local sports fan can identify who Steve Yang is, so Ellen’s name is also instantly recognizable. 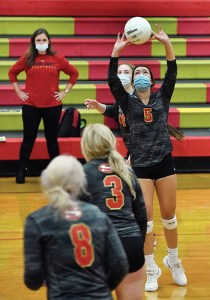 Ellen doesn’t have the luxury of playing third base for the Hornets — they need her to pitch — but she’s always smoothly handled all the pressure and all the expectations that come with childhood fame.

“There will always be more people who know who my dad is than know who I am,” she said with a laugh. “At Salisbury, we don’t have as many travel-ball softball players as some of the other schools, but we’ve gotten better and we’ve won some games. We actually had a winning record in the COVID year (3-2) and we could have won a lot more. As far as pitching, I pitched at Knox Middle School and I knew I might have to pitch for Salisbury, so I’ve taken a lot of lessons. I’ve gotten more comfortable with it. Now I really enjoy being the pitcher because you’re so involved in the outcome of the game.”

With her senior softball season on hold until March and April, Yang currently pours her heart into her other sport — volleyball.

She’s primarily been a defender in the past, but head coach Andrea Davis asked her to set as a senior and she’s tackled that new job energetically. Like the softball pitcher, the setter has the most control over the flow of a volleyball game. Yang embraces that responsibility.

“Ellen is our best, and I like having that senior setter for everything to run through,” Davis said.  “People often only notice the kills and blocks. The setting position isn’t as glamorous as hitting, but Ellen is consistent. She makes very few mistakes.”

Monday was Senior Night at Salisbury and Yang was one of three Salisbury honorees for a match with East Davidson.

Salisbury volleyball is a different game than what you might see in Mount Ulla or China Grove, where girls are literally flying around, hammering straight-down kills in furious flurries of pass-set-spike. For the Hornets, who play the game mostly on the ground, volleyball is mostly about determination— keep getting it back over the net, keep grinding until the opponent makes a mistake.

Salisbury outlasted East Davidson in four sets on Senior Night, even after leading the first set 24-18 and failing to finish.  That first-set collapse probably should’ve been fatal, but the Hornets survived. It was their second win of the season and the 20th in Yang’s four years.

“We don’t jump very high and we’re not that fast,” Yang said. “There have been times this year, especially on the road, when we’ve been terrible, but there have also been times when we’ve played quite well. On Senior Night, everyone was good. I was so proud of my teammates.”

Yang was one of the people who was instrumental in Salisbury refusing to fall apart after squandering that first set.

“Ellen is soft-spoken by nature, but she’s really found her voice as a senior,” Davis said. “She’s been a leader.”

Yang didn’t argue with that evaluation.

“When you’re a senior, you do have more authority to speak out,” she said. “The biggest thing about being more vocal encouraging my teammates. I’ve got six siblings, and one of the things a big family teaches you is how to get along with everybody and work with everybody. We didn’t finish that first set against East Davidson the way we should have, but we stayed up as a team and we didn’t let the foot off the pedal after that.” 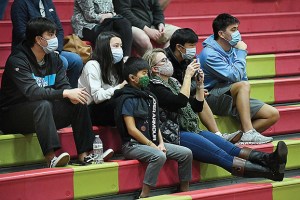 Salisbury is grooming Grace Blackwell to take over as the next setter. Sometimes, Blackwell sets and Yang takes a hitting position.

Yang is setting a good example for all the Hornets. Besides leading the team in assists, she leads the Hornets in aces, is second in digs behind libero Mady Lawrence and has contributed 20 kills.

“Ellen has really good instincts for volleyball, knows how to read an opponent’s defense,” Davis said. “She does everything well and she can change positions mid-game if we need her to.”

Yang played travel volleyball for a number of years, played at an early age with some of the county’s phenoms, girls such as Carson’s Jaden Vaughn and West’s KK Dowling, who will be Division II college players.

“I could see there were people who were going to be taller than me and better than me at volleyball,” the 5-foot-7 Yang said.  “By the time I got to high school, I knew that I wanted to focus on softball, but I still wanted to play volleyball for fun.”

That fun included the recent Senior Night, a typical Yang effort with 26 assists, 18 digs, five aces and five kills. She got the match-ending kill, shoving the ball with both hands to an area vacated by East Davidson’s defense. The “dump thing,” as she described it.

“That play didn’t really hit me until later,” Yang said. “In the moment, you’re just excited to win on Senior Night. But later on, I did start thinking about getting the winning kill. It will be a nice memory that I can keep.”

Yang is a great student, focused on classes and sports. She says she doesn’t have any serious hobbies off the field and court.

“Sports is all about I do,” said Yang, who struck out 33 batters in her last two games in the circle for the Hornets in 2020.

But unless something unexpected happens, Yang’s senior year will bring an end to her serious athletic pursuits. 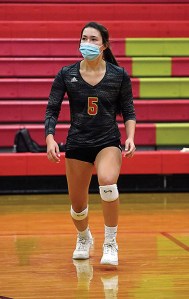 She and her family plowed through the recruiting process for softball diligently. She attended all the camps, shipped out the highlight videos, e-mailed coaches at schools she had interest in, but there wasn’t an overwhelming response from the universities where she could fit her academic goals with big-time softball.

“There were camps that I went to where I know I could have performed better,” Yang said. “Then there was COVID last season and a cancellation of camps. So I’m probably just going to be a regular college student, but that’s OK. I’m really looking forward to the big-school experience, things like going to the basketball and football games.”

Both of Ellen’s parents went to UNC. Steve also went to dental school there.

Ellen’s upbringing has included a lot of light blue, a lot of trips to Chapel Hill for games and some of the best times of her life.

Not surprisingly, UNC is the top of her list of schools.

“I may play softball for fun there,” Yang said. “Maybe club softball, but probably just intramurals. Softball with no stress.”

Ironically, Yang played the finest softball of her life this summer on one of the high-powered Team North Carolina squads. She wasn’t a pitcher at that level, but she socked a bushel of home runs and produced huge offensive games, while playing with and against some future D-I girls.

“Maybe if I’d hit like earlier the way I did this summer, recruiting might have been different for me,” Yang said. “But it happened too late.”

It was more than five years ago, the summer of 2015, when Yang stepped to the plate in the first inning of the Little League Softball World Series championship game in Oregon, received instructions from her father in the third-base coaching box, and then delivered a key hit in Rowan’s four-run first inning that triggered a 4-2 win against Rhode Island.

Most of Rowan County applauded. People knew that Ellen Yang, who went 2-for-2 that night, would go on to do good things.

As an athlete and team leader, she’s enjoyed a terrific high school career in sports that are low-profile at her school.

As a student and person, she’s special enough to realize that what comes next is a lot more important than high school.