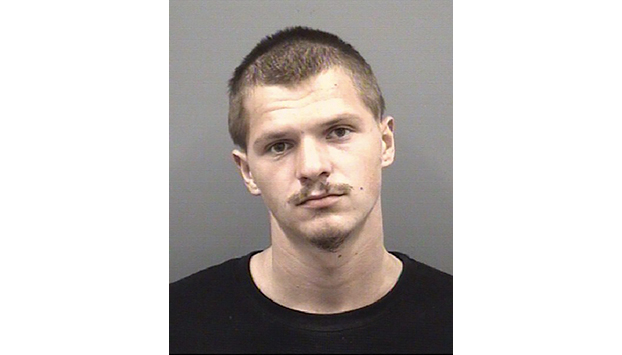 SALISBURY — A Mocksville man was arrested Tuesday on rape charges in Rowan County.

Cody Drew Garrison, 23, was charged with statutory rape/sex offense of a 13, 14 or 15 year-old by a defendant at least six years older.

The offense reportedly occurred in early September. The victim was 13. The parents of the victim reported the incident to the Sheriff’s Office.

• Charles David Stitt, 38, was charged Wednesday with felony possession of a schedule II controlled substance and second degree trespassing. Stitt is accused of trespassing at a residence in the 2400 block of Windswept Way in Rockwell. The Sheriff’s Office said he was arrested after refusing to leave. Deputies found a small amount of methamphetamine in his pocket when they searched him, the Sheriff’s Office said.

• Charles Dennis Turner, 41, was charged Wednesday with maintaining a dwelling or vehicle for a controlled substance in the 200 block of North Main Street in Salisbury.

• Bobbi Jo Rowland, 39, was charged Wednesday with possession of a controlled substance on a penal institute premises in the 100 block of West Liberty Street in Salisbury

• Eric James Megirt, 41, was charged Wednesday with assault with a deadly weapon in the 900 block of Kevin Avenue in Kannapolis.

• A man on Wednesday reported the theft of a recreational motor vehicle in the 27oo block of Mooresville Road in Salisbury.

• A woman on Wednesday reported a burglary in the 100 block of Red Pine Drive in Gold Hill.

• A man on Wednesday reported a drug overdose in the 2600 block of Earle Street in Kannapolis.

• Arthur John Quince, 61, was charged Thursday with felony breaking and entering a building in the 100 block of Airport Road at South Main Street.

• Dominique Alexis Everhart, 28, was charged Thursday with possession of a schedule IV controlled substance in the 100 block of Ryan Street.

• A woman on Thursday reported obscene material/pornography in the 500 block of East Lafayette Street.