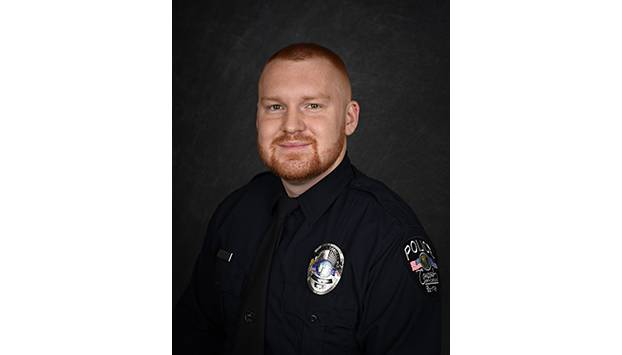 CONCORD — The Concord Police Department says a 25-year-old officer is dead after a shootout Wednesday night with a suspect who was also killed.

Jason Shuping, a graduate of East Rowan High School and a Rowan County native, was identified as the killed officer. The 25-year-old had one and a half years of service with the Concord Police Department.

Shuping graduated from East Rowan in 2014 and went on to the University of North Carolina at Pembroke. He and wife Haylee Gardner Shuping live in the Faith area. He’s the son of Lynn and Dane Shuping, has one brother, Paul, and a sister named Laura.

In a post online, Paul Shuping, who also works for the Concord Police Department, said, “Fly high and watch over us brother. Brothers in arms. Walking the thin blue line. Until we meet again. I love you.”

A procession of law enforcement vehicles this afternoon is scheduled to escort Shuping’s body from the Charlotte Medical Examiner’s Office to Powles Staton Funeral Home in Rockwell, which is handling arrangements.

Gov. Roy Cooper said he spoke with the family on Thursday.

“I spoke with his parents and Concord Police Chief Gacek this morning offering support, condolences and prayers,” Cooper said in a statement posted online. “This tragedy along with Officer Herndon’s death (a Mount Holly police officer) last week reminds us that law enforcement officers have extremely difficult, sometimes dangerous jobs, and we owe them a debt of gratitude for their courage and service.” 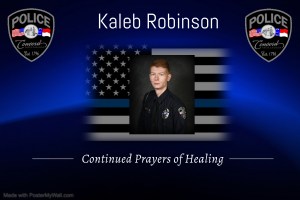 Another Rowan County native and East Rowan graduate, Kaleb Robinson, who is 23 and has nine months of service with the Concord Police Department, was injured in the shootout on Wednesday night. Robinson is in the hospital and is expected to make a full recovery, Concord Police Chief Gary Gacek said during a briefing Thursday morning.

“This tragic and senseless loss of a member of our CPD family is devastating, not only to the officer’s family and loved ones but every law enforcement officer in the city, county, state and country,” Gacek said. “It’s tragic incidents like these that serve as a grim reminder that police officers take an oath to serve their community and lay their lives on the line each day to protect the public.”

An officer who’s 43 years old and has 10.5 years of experience as well as a 37-year-old officer with eight years of total experience were also involved in the shootout.

The incident started after a person reported a vehicle crash at 10:18 p.m. near the northbound ramp of I-85 at the Concord Mills exit. An on-duty Alcohol Law Enforcement agent who was in the area located a vacant vehicle that crashed into a guardrail. It was not immediately clear what caused the crash.

After arriving, Concord Police Department officers were told by a bystander that a man attempted to steal her vehicle while she was inside near a Sonic restaurant off of Bruton Smith Boulevard. The person also provided a description of the suspect.

A Concord Police officer remained with the crashed vehicle while the Alcohol Law Enforcement agent and two Concord officers approached a man matching the description provided in the Sonic parking lot, Gacek said. Those officers were later identified as Shuping and Robinson.

The suspect, who has not yet been identified, used a handgun to fire at the officers, Gacek said.

“We believe this is the point in time at which the officers sustained their injuries,” Gacek said.

Two additional Concord police officers approached on foot, seeing their two injured colleagues and watching as the suspect entered an SUV that did not belong to him, Gacek said. He said the additional officers saw Robinson guarding Shuping.

There was an exchange of gunfire between the suspect, who was fatally struck, and the two additional officers, who were not injured.

The State Bureau of Investigation is now handling a probe into the incident. The three officers who responded, including the injured officer, have been placed on administrative leave, which is standard.

Gacek said that police officers in the department would be able to rely on support from the community in coping with the loss.

“The Concord Police Department is comprised of a resilient bunch,” Gacek said. “We’re gonna get through this. We’re a big family. It’s going to be tough. It’s going to affect us in different ways, for different lengths of time, at different levels. But we have a huge support system here. We have a community that provides us with a broad base of support.”

Betty Dan Spencer remembered as a woman of many…