Stallings, a native of Richfield, began his law enforcement career in the Salisbury Police Department in 1996 as a patrol officer. He has also served as a victim’s advocate, an investigator, police sergeant overseeing general investigation and a lieutenant directing the criminal investigations division.

In 2014, Stallings was promoted to captain. Between the tenure of former Chief Rory Collins and current Chief Jerry Stokes, Stallings served as interim chief.

“I have found that Capt. Stallings demonstrates strong leadership while serving the citizens of Salisbury with a caring spirt and thoughtfulness for the community,” Stokes said. “I am confident we can rely on Capt. Stallings to carry on our community outreach and crime reduction strategies that have proven so beneficial for Salisbury over the past few years. I look forward to him continuing to lead with the skills he has demonstrated that will make his an excellent deputy police chief.” 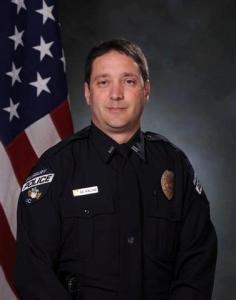 The Salisbury Police Department received more than 20 applications for the deputy police chief position. Of those 20 applicants, seven made it to the final round of consideration. Members of the community and the Chief’s Advisory Board served as panel members during the interview process.

Stallings double-majored in criminal justice and sociology at Pfeiffer University. He also holds a master’s in business administration from the same institution. He has an Advanced Law Enforcement Certification from the North Carolina Justice Training and Standards Commission and was previously named the SPD’s “Veteran Officer of the Year.”

SALISBURY — A 29-year-old Salisbury man faces charges in connection to the Tuesday robbery of a Goodwill store and a... read more