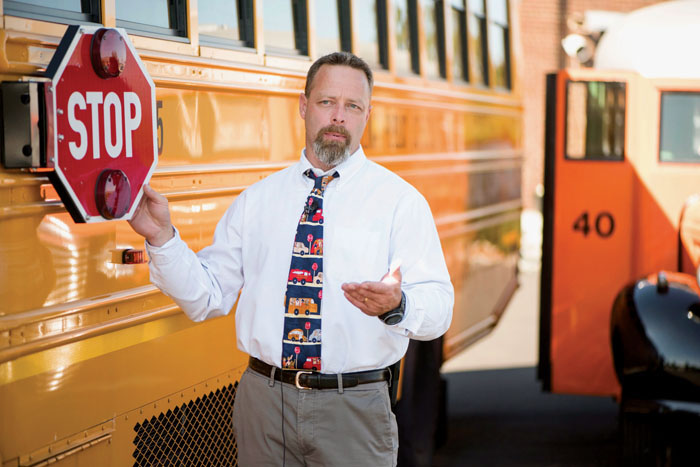 SALISBURY — Changes could be coming to bus routes for Rowan-Salisbury Schools in a bid to improve efficiency and tackle a driver shortage.

Transportation Director Tim Beck spoke to the district Board of Education on Monday about developing a three-tier route system for the district that would use full-time drivers for routes rather than relying on staff, including teacher assistants, who can also drive buses.

Beck said the change would allow those employees to stay in classrooms, use fewer buses and help the district address its driver shortage.

Full-time drivers would get benefits, and the hope is the status would improve recruitment and retention. Superintendent Lynn Moody mentioned the possibility of lead bus drivers who would captain different route areas.

School board chairman Kevin Jones noted the district has struggled with driver retention, seeing signs around the county asking for drivers. He said the district needs to make sure it has community buy-in from principals and everyone who is impacted.

When classes were about to resume in August, Beck noted the shortage has been worsened by the COVID-19 pandemic. In the past, about 30% of the district’s drivers have been part-time employees, many of whom are in high-risk categories for the viral respiratory infection.

Bus driver shortages are a common issue that affect districts across the state and nation. Beck said nearby districts that have adopted a three-tier system aren’t returning to old schedules.

A three-tier system would allow the same driver to serve elementary, middle and high schools, but the district would have to adjust start times to accommodate, and Beck said that would require a full hour between each.

Beck gave the example of the different levels starting at either 7, 8 or 9 a.m.

When asked if this would increase costs, Beck said increased efficiency would net the district more funding for its transportation program from the state and running fewer total buses would be a significant cost savings as well.

Beck proposed beginning the system with a pilot in the North area schools. He told the Post the details of the system are being worked out and there is no specific start date for the pilot yet.