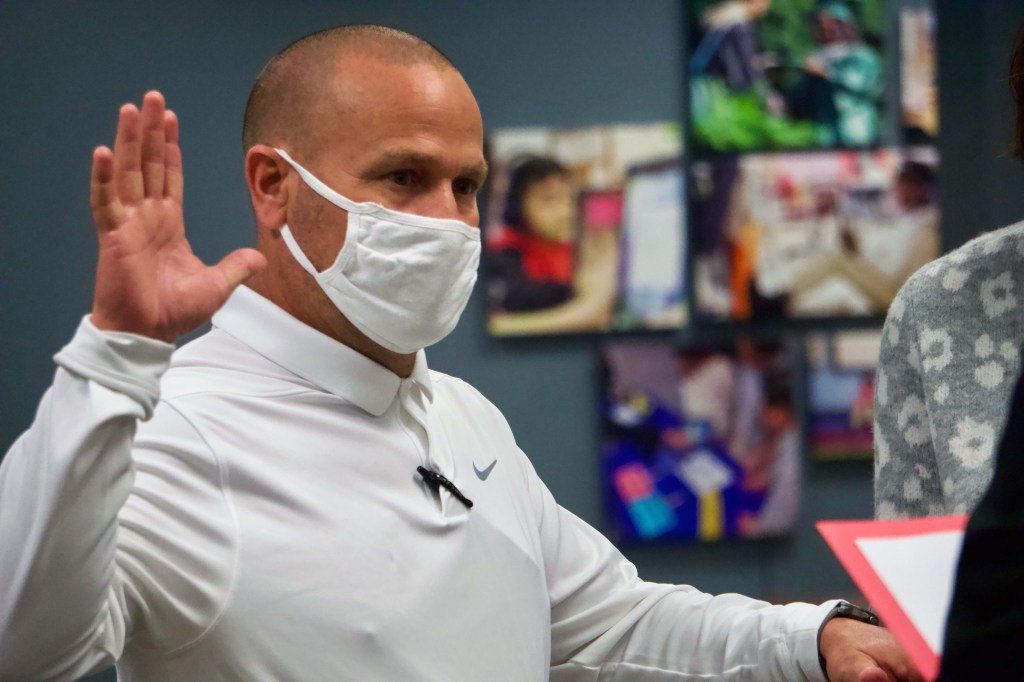 SALISBURY — Rowan-Salisbury Schools Superintendent Lynn Moody on Monday recommended the district “stay the course” in its blended plan B schedule, but the situation could change quickly.

Moody said the board may need reconvene on short notice if the district’s COVID-19 numbers deteriorate during the next few days. Whether the district will be able to open for in-person learning when it begins the third quarter in January is uncertain. The main issue is whether the district will have sufficient staff for its facilities given the number of quarantines.

As of Dec. 11, the district had 111 staff and 621 students in quarantine or isolation. Those figures represented 4.3% of both in-person staff and students, respectively. Of those, 22 staff and 20 students were positive for COVID-19.

The number of quarantines and isolations outstrip positive cases because it is recommended that people stay home based on exposure. The district works with Rowan County Health Department to perform contact tracing.

The district’s numbers have increased since steadily since the beginning of school, coinciding with a nationwide resurgence of COVID-19. On Oct. 5, only 0.97% of staff were quarantined or isolated. By Dec. 3, that percentage had climbed to 3.56%.

Associate Superintendent Kelly Withers said the numbers change daily and sometimes multiple times a day. But as of Monday, the cases seemed to have leveled off. Those figures do not include all-remote staff and students.

Moody cautioned the board that RSS is on the brink of not being able to keep schools open with the number of people staying home. Staff are maxed-out performing every role they can, she said.

Board member Brian Hightower, who was sworn into office Monday, noted his own experience as a teacher in Iredell County Schools seeing the difficulty staff are having trying to keep up with the number of people out due to quarantines.

High school students will be testing into early next week. If the district makes any changes before testing is finished, Moody said, it may look different for those students.

Moody said the district wants to hold on because of families in poverty who need the consistency the district has in place, and board member Dean Hunter noted the schools have mask mandates and require social distancing during the day. Outside of schools, there are no such enforced safety measures.

Board member Travis Allen asked if the district had considered going remote on Thursday and Friday this week if numbers worsen. Moody said that option has been discussed but is not being recommended yet.

Moody noted the numbers fluctuate heavily in elementary schools, where students contract common childhood illnesses like ear infections and are sent home. Only later are they confirmed to be free of COVID-19.

The district will ask staff to work from home on the two teacher workdays before classes begin on Jan. 6. On Jan. 4, staff will be surveyed so the district can make a recommendation on whether it can reopen schools.

The district will be asking staff to practice safety precautions to increase its chances of bringing students back into schools at the beginning of next semester and will set up a hotline for families which will be open in the days following Christmas.

The Kannapolis City Schools Board of Education approved beginning classes after the holiday breaks from Jan. 5 to 15 on Friday.

In other business on Monday, the Rowan-Salisbury Board of Education welcomed members who won contests in November elections for another term or their first term.

Alisha Byrd-Clark and Susan Cox were sworn in again.

Kevin Jones was re-elected board chair and Byrd-Clark was elected vice chair after she was nominated by outgoing vice chair Travis Allen.

If there is no emergency meeting called before the end of the month, Monday will be Moody’s last meeting before her retirement.