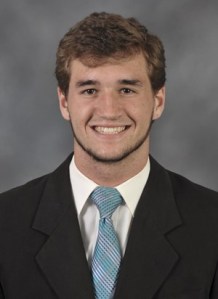 The first top-10 shakeup in more than a month pushed Coastal Carolina to No. 9 in The Associated Press college football poll Sunday.

Alabama was a unanimous No. 1, followed by Notre Dame, Ohio State, Clemson and Texas A&M as those teams held their spots for a sixth straight week.

Surprising losses by Florida and Miami shuffled the rest of the top 10. No. 6 Cincinnati and No. 7 Indiana each moved up one spot and No. 8 Iowa State jumped two.

Then come the unbeaten Chanticleers (11-0), the first Sun Belt Conference team to crack the AP’s top 10.

Georgia landed at No. 10 ahead of Florida at 11. The Gators dropped five spots after losing in bizarre and dramatic fashion to LSU in the fog Saturday night.

Alabama has been ranked in 211 consecutive polls, matching Florida State (1989-2001) for the second-longest streak in poll history.

The Crimson Tide will likely move into second all by themselves after the Southeastern Conference championship game next week. To pass Nebraska’s record of 348 consecutive poll appearances from 1981-2002, Alabama will need about eight more seasons in the Top 25.

This pandemic-altered season has helped create some opportunities for teams that have not been ranked in a while — or ever before, like Coastal Carolina — to get into the Top 25.

No. 25 San Jose State is this week’s upstart. The Spartans improved to 6-0 and earned a spot in the Mountain West title game for the first time with a second-half rally against Nevada on Friday night.

The last time San Jose State was ranked was 2012, when the Spartans moved into the rankings after the regular season was complete and finished No. 21 in the final poll.

The pandemic shutdown scattered his team in the spring and local COVID-19 restrictions have made the season a challenge at every turn. San Jose State had to relocate to practice at first and then to play.

“This is really a neat thing for our players to feel that sense of pride and that sense of excitement, of like, we’ve worked really hard for this and we’ve overcome so much and we’re getting recognition on a national level,” Brennan said of the ranking.

Also moving back into the rankings was No. 24 North Carolina State (8-3). The Wolfpack completed their season last week.

Nine of the 10 FBS conference championship games will feature at least one ranked team and six will match Top-25 teams. Conference USA is the only one with no ranked teams.

No. 3 Ohio State vs. No. 15 Northwestern, Big Ten championship.

No. 20 Tulsa at No. 6 Cincinnati, American championship.

No. 17 Louisiana-Lafayette at No. 9 Coastal Carolina, Sun Belt championship.