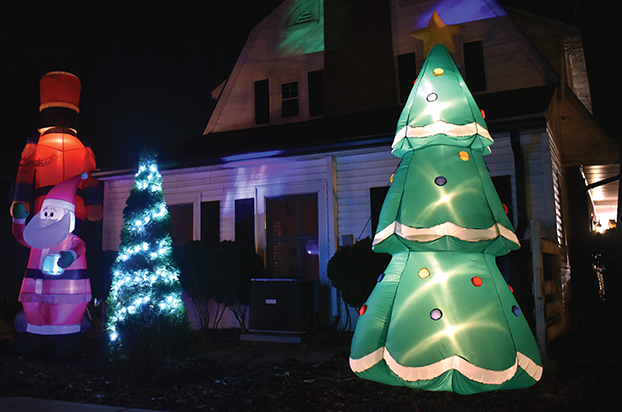 SALISBURY — Fulton Heights wasn’t able to host its annual Halloween parade this year, but the historic neighborhood will offer a dazzling Christmas display this holiday season.

Fulton Heights on Saturday will host “The Lights of Fulton Heights,” a drive-thru holiday event featuring a nativity scene and a North Pole display complete with Santa Claus himself.

“The Lights of Fulton Heights” will take the place of the neighborhood’s traditional holiday tours, an event similar to October Tour that provides people with a glimpse into some of the area’s historic homes. Due to COVID-19, the tours will not be hosted for the first time in more than 15 years. 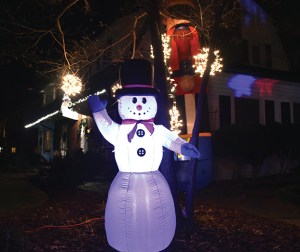 An inflatable frosty is stationed at one house in Fulton Heights. Ben Stansell/Salisbury Post

Theresa Pitner, the vice president of the Fulton Heights Neighborhood Association, said that she hopes “The Lights of Fulton Heights” will give people a jolt of Christmas spirit.

“We’re constantly looking at ways to help our neighbors out and continue our traditions,” Pitner said. “‘The Lights of Fulton Heights’ is another way for us to do that this year.”

Planning for the event started in October, when the Neighborhood Association realized that its traditional Christmas festivities wouldn’t be possible during the pandemic. On Dec. 5, Pitner and her fellow organizers hosted a workshop and provided residents with kits to create Christmas light balls, glittering orbs that now hang on porches and in trees throughout the neighborhood.

People can meander through the neighborhood to take in the lights at their leisure, but Pitner encourages people to start at the live nativity scene being shown at Maupin Avenue Presbyterian Church. The scene is being put on by neighborhood residents Bob and Laura Williamson. 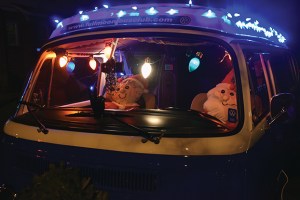 A North Pole display featuring Santa Claus complete with “piles of snow” will be stationed at 618 Wiley Avenue. Buddy Farnan, who at one point helped organize Christmas displays in malls throughout the country, is the mind and muscle behind the North Pole scene. He said that it should be a “delightful” experience and encourages parents to bring their children to wave at Santa.

While some houses have already set up their light displays, Pitner said that she expects more to appear in the days leading up to the event. The Nativity and North Pole scenes will be erected on the day of “The Lights of Fulton Heights” and will be shown for one night only.