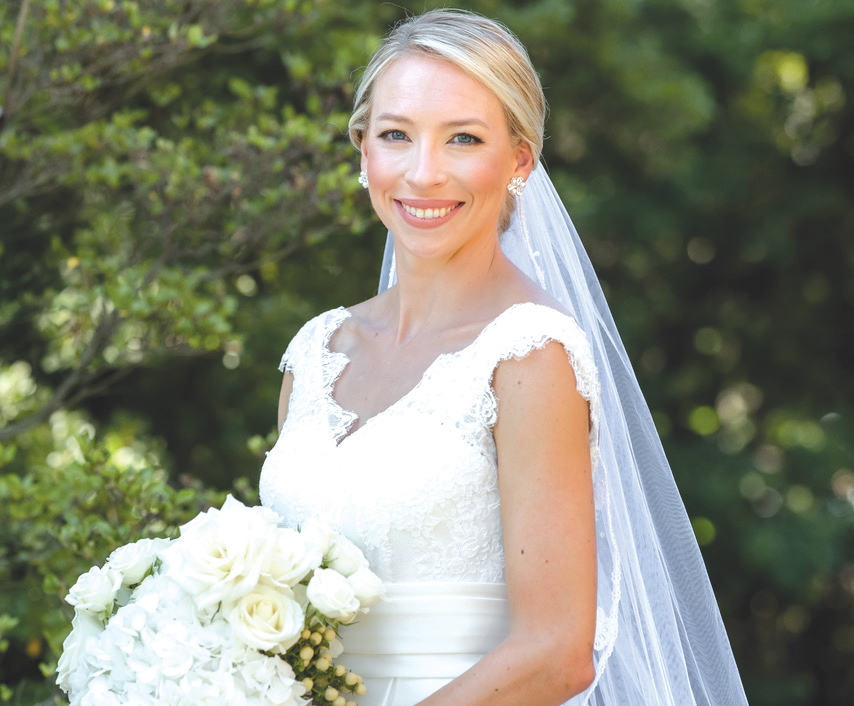 Margaret Elizabeth Kaufmann and Greyson Laney Gordon were united in marriage on Saturday, Aug. 29, 2020 at St. Luke’s Episcopal Church in Salisbury. The Reverend Dr. Robert Black officiated the 5:30 p.m. ceremony, and was assisted by the Reverend Andrew Cooke of Augusta, GA., brother-in-law of the groom. The organist was Mr. Matt Wood. The ceremony was followed by a dinner on the patio at the Country Club of Salisbury.

The bride is the daughter of Dr. and Mrs. James Gregory Kaufmann of Salisbury and the granddaughter of Mrs. Walter Coggin Kelly and the late Mr. Kelly of Rockingham, and the late Dr. and Mrs. John Simpson Kaufmann of Winston-Salem. A 2011 graduate of Salisbury High School, Margaret graduated from Davidson College in 2015 with a Bachelor of Arts in Political Science.  She is employed by JLL in Raleigh.

The groom is the son of Mr. and Mrs. Darrell Grey Gordon of Raleigh.  He is the grandson of Mr. Sherley John Blackburn and the late Mrs. Blackburn of Raleigh, and the late Mr. and Mrs. Charles Langdon Gordon of Winchester, VA. A 2011 graduate of Broughton High School, Grey graduated from Davidson College in 2015 with a Bachelor of Arts in Economics. He is a graduate student at the University of North Carolina Kenan-Flagler School of Business.

The couple honeymooned in Kiawah Island, and they are currently living in Chapel Hill.