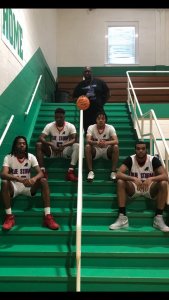 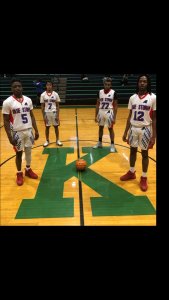 So the ex-Wonders form an interesting mix of players, along with the Charlotteans who make up the rest of the Blue Storm roster.

“This is all about giving guys an opportunity,” said Davon Brown, who coaches the Blue Storm. “We’ve got a lot of guys in the area who can play, but maybe they didn’t get a chance coming out of high school. Or maybe they needed a second opportunity.”

Brown is a native of Richmond County, where he competed in basketball, track and field and football. He played on some championship football teams.

College at Barber-Scotia in Concord brought him to Cabarrus County.

While his regular job is as a counselor at the Stonewall Jackson Youth Development Center in Concord, Brown loves coaching.

He served as A.L. Brown’s jayvee boys coach for two years, and then moved up to varsity assistant. He was part of Shelwyn Klutz’s staff for many years. When Klutz stepped down back in April, Brown was one of the applicants for the head job that went to former Mount Pleasant, Concord and Hickory coach Andy Poplin.

Brown still coaches girls track at A.L. Brown, and when the opportunity to coach the Blue Storm came up he took it.

It’s a platform to help some of the players he connected with during their days as Wonders. They take online classes and get to continue their basketball careers at the junior college level.

The Blue Storm practices in Charlotte. Their season is under way. The last two weekends the team has played in a six-team league at Sonny’s SportsPlex in Columbia, S.C., taking on similar teams from Union County and South Carolina.

It’s a busy, AAU-style schedule, with two games a day and four games over a weekend.

The Blue Storm had a lot of success on Saturday, including a 78-67 win agianst Rock Hill.

The basketball matters a lot to Brown, but the opportunity to keep guys moving forward with their education is more important.

“I want these guys to know there is something better, as long as they keep growing as athletes, as students and as men,” Brown said.