Zachary James Lechette was one of roughly a dozen applicants selected with opinions from an independent panel, said Interim Town Manager Leonard Barefoot. As the public safety director, Lechette will oversee both the police and fire departments. Since Jan. 1, Kevin Young has served as the interim police chief, while Ron Miller has served as the interim fire chief in addition to his role as the town’s Public Works director. 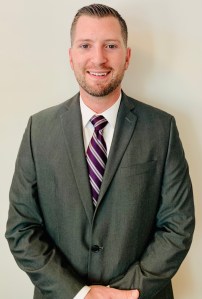 A public safety department, however, usually comprises public safety officers who are capable of serving both the police and fire departments. They can patrol with police officers or carry gear to assist with fire calls, Barefoot said.

“When the fire alarm goes off, typically, police are headed in the same direction anyway,” Barefoot said.

Many of the service calls in Landis require the assistance of mutual aid. Thus, Lechette said, he wants to build community trust, build relationships with the county’s emergency management services and work with neighboring agencies in his new role.

Another goal, he said, is to seek accreditation and certification as an official public safety agency.

An important part of Lechette’s role will be establishing a “second-in-command” for both departments, Barefoot said. And eventually, the town hopes to build the program to include some public safety officers.

Lechette said he was attracted to the “small town feel” and “sense of community” in Landis, and he welcomed the opportunity to begin the new public safety agency.

“Being able to be part of that growth and the inaugural Public Safety Department really intrigued me and spoke to me about something I wanted to be a part of,” he said.

Lechette’s starting salary is $78,000 plus benefits.

Lechette grew up in a military family, but calls Jacksonville, North Carolina, his hometown.

Lechette will begin his role on Dec. 30. He and his wife, Caitlin, plan to relocate to the Landis area by January. Caitlin currently works as a flight nurse for Atrium Health in Concord.

“I’m excited to have Zach join our team,” Barefoot said. “I think he has a lot to offer. I think it’s going to be an exciting time here in our town.”