Alsup left work that morning around 6 a.m. and was headed home in Shelby when a dump truck sideswiped the mirror of her Toyota Corolla. She pulled over onto the left shoulder to call 911 to report the crash. 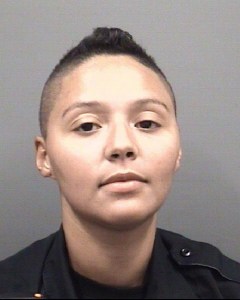 The incident occurred on Interstate 85 at the Brookshire Boulevard exit. The driver of the dump truck did not stop.

She stayed in her vehicle. After about 30 minutes, a pickup struck the rear of her car traveling at a high rate of speed, according to N.C. State Highway Patrol Trooper Ray Pierce.

The driver, whose name was not immediately available, was issued citations for failure to reduce speed to avoid a collision and careless and reckless driving.

Sifford said she began with the agency in June.

Troopers want to speak with the driver of a dump truck seen in NCDOT traffic camera footage that pulled onto the right side of the road around the same time as the crash.

Pierce said the Highway Patrol doesn’t know if this was the same dump truck that sideswiped Alsup or if the driver coincidentally pulled over around the same time.