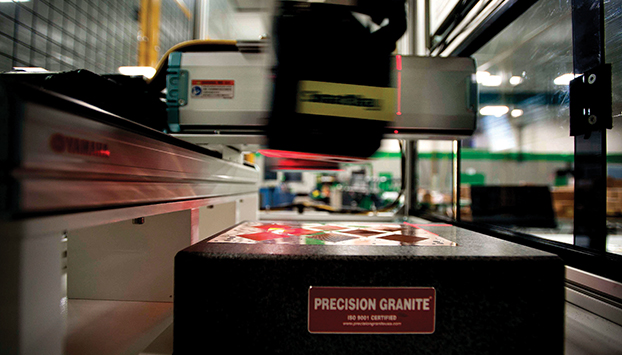 Integro Technologies, an industrial automation company, is adding to its headquarters at 301 S. Main St. to support a new logistics engineering division to aid the company’s expansion into the e-commerce industry.

“We are excited about the opportunity to reshape and grow our organization in Salisbury to accommodate the post-COVID economy,” said Shawn Campion, president and CEO of Integro Technologies.

The company, which was founded in 2001 and has been headquartered in Salisbury since 2005, currently employs more than 40 people. The expected average annual salary of the additional 30 jobs will be $61,667, creating a payroll impact of $1.85 million per year for Rowan County. The county’s current overall average wage is $43,883.

Rowan EDC President Rod Crider said that the addition of new, high-paying technology jobs could continue to drive the redevelopment of downtown.

“As they grow, they’re going to be a draw for younger tech workers to locate and live in our community, perhaps in a facility like the Empire Hotel which is just across the street,” Crider said. “I think that they are definitely leading us in a direction of a new economy and what the future of jobs might look like for Rowan County.”

Campion indicated that the jobs Integro Technologies is poised to hire for will range in experience requirements.

“The new positions will provide career opportunities with training for a range of educational backgrounds, from high school STEM and CTE classes or practical mechatronics and computer knowledge, to engineering master’s degrees,” Campion said. “Willingness to learn, continually adapt to new challenges, and travel to customer facilities are attributes we seek in new candidates for career development.”

Integro’s expansion, previously referred to as “Project Hero,” was catalyzed by grants provided by both local and state governments.

Integro received level one economic development investment grants from both the Salisbury City Council and the Rowan County Board of Commissioners. Those grants will have the county return 75% of the company’s paid taxes for a five-year period, contingent on Integro meeting certain employment requirements.

Integro’s expansion was also aided by an $80,000 performance-based grant from the One North Carolina Fund, which the city applied for and Cooper approved.

“I am proud of the Salisbury City Council’s unanimous vote in support of the One North Carolina Fund grant opportunity for the Integro Technologies expansion project,” said Salisbury Mayor Karen Alexander in a news release. “Our congratulations to Integro Technologies, the recipient of this grant to expand their existing facility. This is exactly the kind of economic development project we need, with this expansion bringing more than 30 high-paying new jobs to our downtown.”

Board of Commissioners Chairman Greg Edds said in a news release that Integro “exemplifies the success that cutting-edge businesses can find in Rowan County.” Edds said the 30 new jobs will not only give current county residents the opportunity to pursue the tech field, but they could also attract “new talent” to the community.

Rowan EDC Vice President Scott Shelton told commissioners that Integro was also considering a site in Tennessee for the expansion. Edds said that is thankful to Campion and his team for selecting Rowan County.

“These are community-minded people and these folks have the ability to expand wherever they want and their commitment to community is foremost in their mind and we appreciate them for what they’ve done for Rowan County,” Edds said. “They could’ve gone somewhere else, but they didn’t.”

Soon, one of Integro’s newest products will be coming to a county facility. The Board of Commissioners at its meeting Monday approved the purchase of an automated temperature checking tunnel produced by Integro  that will be stationed in the county courthouse.