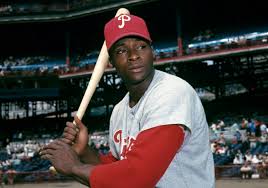 Dick Allen, early in his career with the Phillies