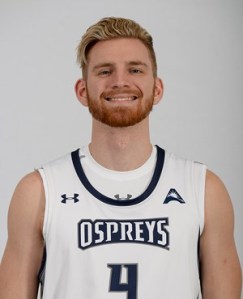 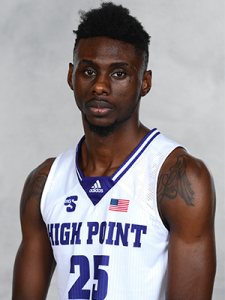 While Catawba’s trip to Limestone on Friday became one more South Atlantic Conference COVID-related postponement, there was an interesting men’s basketball game played on Saturday at High Point’s Millis Center where the HPU Panthers are coached by former Kentucky coach Tubby Smith.

Lydell Elmore, a 6-foot-9 transfer from Livingstone, led High Point to an 85-74 win against North Florida with 21 points, six rebounds and two blocks.

Elmore was All-CIAA twice for the Blue Bears and averaged 15.8 points and 7.8 rebounds last season. He’s listed as a graduate student for High Point.

Freshman Bryson Childress, a North Stanly product who is the grandson of former Catawba player and Pfeiffer head coach Tom Childress, made his first start for High Point Saturday. He made a 3-pointer and had three assists in 24 minutes of action.

North Florida was led on Saturday by Josh Endicott, who some sports fans may remember from his days in Rowan County.

Endicott went to Southeast Middle School for a time. He later attended A.L. Brown and showed promise in baseball, basketball and football. He made  varsity teams as a freshman at A.L. Brown, but he lost the starting quarterback competition prior to his family relocating to Tennessee.

Endicott, who grew to 6-foot-8, had a stellar high school career in Tennessee and headed to Cincinnati on on a baseball scholarship. He suffered an arm injury with the Bearcats.

With his pitching career stalled, he transferred to Motlow State Community College and switched to basketball. He signed with North Florida in 2019. He averaged 3.9 points in a reserve role in 2019-20.

Now a 22-year-old junior, Endicott had modest success in North Florida’s early games this season against N.C. State and Miami and Florida State, but he came through with 18 points and 12 rebounds against High Point.

The Catawba-Limestone game is now scheduled for Jan. 27 at Limestone.

In another schedule adjustment, Catawba will host Tusculum at 5:30 p.m. on Wednesday, Dec. 9.

Catawba’s women’s team is still on a COVID pause and hopes to return to action at UVa-Wise on Dec. 16.

Carson grad McKenzie Gadson had eight points and four rebounds for Anderson in Saturday’s 70-64 SAC women’s victory over Lenoir-Rhyne. It was the first game for the Bears.

David Tripp (A.L. Brown) scored 33 points on 12-for-18 shooting and led Milligan to a 91-84 win against Kentucky Christian on Wednesday.

Bryanna Troutman (Salisbury) had 19 points and 13 rebounds for Wingate in Wednesday’s 92-82 loss to UVa-Wise.

In the Two Man Texas Scramble at Warrior, the team of Logan Shuping-Blake Taylor shot 62 and 63 and won the Championship Flight.

Closest to the pin winners in the final round were Randy Crainshaw on No. 6; Jake Beaver on No. 8; Taylor on No. 12, and Riley Tucker on No. 16.

With alterations, the Rowan County Championships will be contested on Wednesday, Dec. 9.

The races will be contested on a new course at Dan Nicholas Park, due to construction.

Due to COVID-19 limits, a maximum of seven runners from each team will compete and the races will be run in waves.

In Carson’s 3-1 loss to West Rowan, Jaden Vaughn had 20 kills, Kary Hales had 34 digs and Tate Barger had 33 assists.

West Rowan improved to 3-2 in the North Piedmont Conference by winning at Statesville on Friday.

Maddie Lawrence had 27 kills for the Hornets, while Ellen Yang hd 25 digs and 15 assists.

Brooke Cunningham had six kills, while Mallory Link had five and Riley Peltz had four.

East Rowan was swept by North Iredell on Friday.

Salisbury defensive lineman Zae Clay received a scholarship offer from  the University of the Cumberlands, an NAIA school in Kentucky.

Cumberlands went 10-2 in 2019 and was ranked seventh in the final NAIA poll.