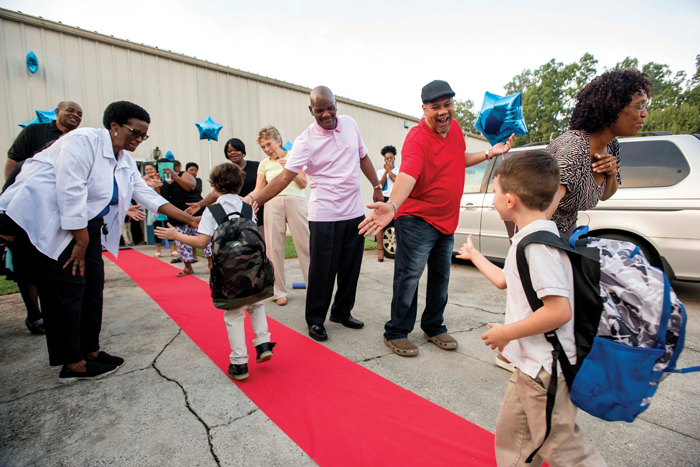 The primary reasons for the creation of two charter schools in Rowan County are more alike than they may seem.

In Faith, a charter school looks to be close to getting final state approval. In East Spencer, Essie Mae Kiser Foxx Charter School is on a path to seeing its charter revoked because of management issues. And while neither school’s future is finalized, both efforts started out of a desire to reinvigorate or maintain the community fabric of a small town.

East Spencer had been without a sustained school presence since Paul L. Dunbar High School and, later, North Rowan Middle School moved in the 1990s. So, when people in East Spencer started dreaming about Essie Mae, it was the only town in the county without one.

Boosters of the school in 2015 spoke about it being a community hub, particularly for the town’s young children. Without a school, East Spencer would not be able to take control of its future. But it faced challenges on its path to approval, with the Charter School Advisory Board expressing concerns about the company it selected to manage the facility as well as the fact that its chairman was a convicted felon. Several months after that denial, it cleared a big hurdle toward opening, with the same board reversing course because of changes to the application, including chairman Kenneth Lydell Muhammad El stepping off of the board.

The realization of a yearslong dream came in August 2018 when the school’s first 150 students were welcomed with a red carpet, balloons and a line of high-fives.

In the two years since, East Spencer Mayor Barbara Mallett says the school has helped to build the town’s community fabric. All towns with a strong community need things like schools, grocery stores, churches and libraries, she said.

“We are building our community and education is a vital part of that,” said Mallett, bullish on the future on the town because of new families and businesses that have moved in.

Tina Foxx Wallace, the school’s chairwoman, says Essie Mae has given East Spencer an energy that didn’t exist before. It has bridged gaps that existed in the county, Wallace said. 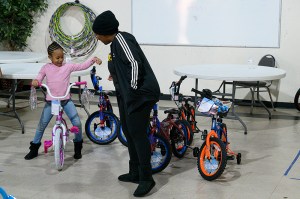 To put it simply, the school’s test scores have not been good. But Essie Mae sits in a county where the public school system’s superintendent has lambasted standardized tests as a poor indicator of a child’s ability and potential. And Essie Mae’s boosters say they expected to face challenges in starting a school from scratch, particularly in a town where the poverty rate is more than 30%.

“It’s an uphill battle and we knew that going in because we are serving students who were falling between the cracks,” Wallace said.

Wallace also touts the fact that Essie Mae’s students exceeded their growth goal in test scores before COVID-19 changed things. Students also have made strides in areas such as reading, she said.

But Essie Mae’s short history has been a rocky one in other ways, with problems primarily centered around management. The issues became public after the first school year when there were concerns about a budget deficit under management company Torchlight Academy Services’ leadership. That’s when the N.C. Charter School Advisory Board jumped in. It has kept a watchful eye on the school ever since, placing it on an “allotment restriction” last year because of concerns that it was spending money too quickly. Essie Mae’s future is in peril now after the Charter School Advisory Board in November unanimously voted to revoke its charter because of a failure to submit financial audits since it opened.

Muhammad El, who now sits on the Essie Mae board, notes that Torchlight Academy was supposed to complete one audit. Because charter schools are only allotted so much money from which to operate a school, he says the state should hold Torchlight Academy accountable for its failure.

Wallace said she doesn’t want to play “the blame game” about why there have been issues and that the school is formulating a corrective action plan if the N.C. Board of Education follows through with revoking its charter, including securing a good auditor.

“All we’re asking is that the state allow us to provide a community school,” she said. 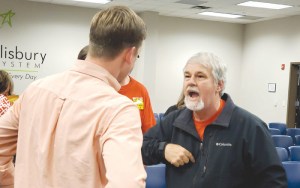 Faith Alderman Randall Barger, an opponent to the town’s elementary school closure, speaks to former school board Chairman Josh Wagner in March 2019 following a meeting in which the board scheduled public hearings for the closure of Faith and Enochville elementary schools. Salisbury Post file photo

Like East Spencer, the Faith effort did not start around concerns about the quality of education students are receiving. Faith Elementary is a good school, and it’s not hard to find stories about people wanting to live in its attendance district just because of the school.

The Faith charter school effort was a natural evolution of the opposition to the closure of Faith Elementary and born of a desire to keep education local. Crowds of families and students have attempted to stave off closure for fear of decimating the fabric of the town, but they found an alternative way to keep a school in Faith when reality hit that the Rowan-Salisbury Board of Education had settled on closure.

In a “My Turn” column published in March 2019, Tim Williams, in collaboration with others opposed to the closure, painted a perfect visual about the little things that make a school important to a small town in case pleas about the loss of activity and potential effect on local businesses hadn’t broken through.

“The school sits geographically in the center of the town. The sound of children playing during the school day can be heard all over the town,” the opinion column stated. “The flag waving at the entrance of the school can be seen from many vantage points. This is Faith school, our community school.”

With a little tweaking, the same descriptions could be used for any school in a small town. Schools are a fundamental building block of any community because they bring families together through school activities, provide local jobs and are a main way through which children make friends with people who live nearby. Without a school, a town is just a neighborhood, Muhammad El said. Without a school, people may live in East Spencer, but they’ll shop, go to school and send their kids to activities in other places. 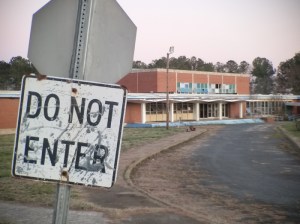 While they started with the same idea in mind, Essie Mae and Faith Academy could end up with very different futures.

Essie Mae is unlikely to stave off a vote by the N.C. Board of Education next month to revoke its charter, especially after the unanimous vote by the N.C. Charter School Advisory Board. Wallace says she doesn’t think there’s not an opportunity for representatives of Essie Mae to speak to the board before its vote. But when the school takes its case through the appeals process, Essie Mae may be able to keep things going with compelling plans to turn management issues around and arguments about the value its has provided and can continue to provide to East Spencer.

In getting off the ground, Faith may be able to avoid management challenges. Gene Miller, former assistant superintendent of Rowan-Salisbury Schools, is helping with operations for Faith Academy. Sarah Hensley, a former administrator for Rowan-Salisbury Schools, will be head administrator for the academy. The charter school may also end up picking off some teachers who would prefer to stay in the small town to teach some of the same students who were in their classrooms at Faith Elementary, which will close at the end of the school year.

Faith Academy also may not face the same challenges associated with student achievement.

The N.C. Board of Education has pushed back its decision on both schools until January — when one charter could be revoked and another granted.

Whether in Faith or East Spencer, charter supporters hoping to keep schools in their communities might be able to draw inspiration from Rev. John E. Jones, who led an effort in 1991 in opposition to a plan to tear down parts of North Middle in East Spencer and create an alternative school.

“We will no longer sit idly by and let our hearts be continually broken and our dreams turned into nightmares,” Jones told the Rowan-Salisbury Board of Education in October 1991.

Or maybe the Rev. Calvin Miller, who spoke up during the same effort.

“Now, as never before, we need a strong school in the community,” Miller said.