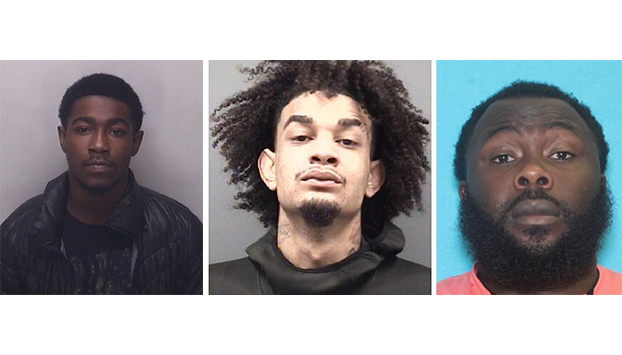 Salisbury Police charged Terrence Polk, 25, with driving while license revoked, fictitious license plate and possession of a controlled substance schedule VI. Passenger Omar Lipscomb, 22, had an outstanding warrant for unauthorized use of a motor vehicle. He was also charged with possession of stolen goods and transporting wine or liquor in a passenger area.

A third passenger, Kennen Cowan, 23, told police he had a gun in his pants. He was charged with misdemeanor carrying a concealed weapon and having an open container of alcohol.

According to Sgt. Travis Shulenburger, of the Salisbury Police Department, Polk had a suspended license and the gun was reported stolen from Statesville.

While conducting a search of the vehicle, the officer allegedly found 20 grams of marijuana and a digital scale inside a bag. Polk was charged with a drug-related offense based on the marijuana found in the bag. Both Polk and a fourth passenger were not arrested and allowed to leave.