In the ACC, even without fans, there’s no place like home 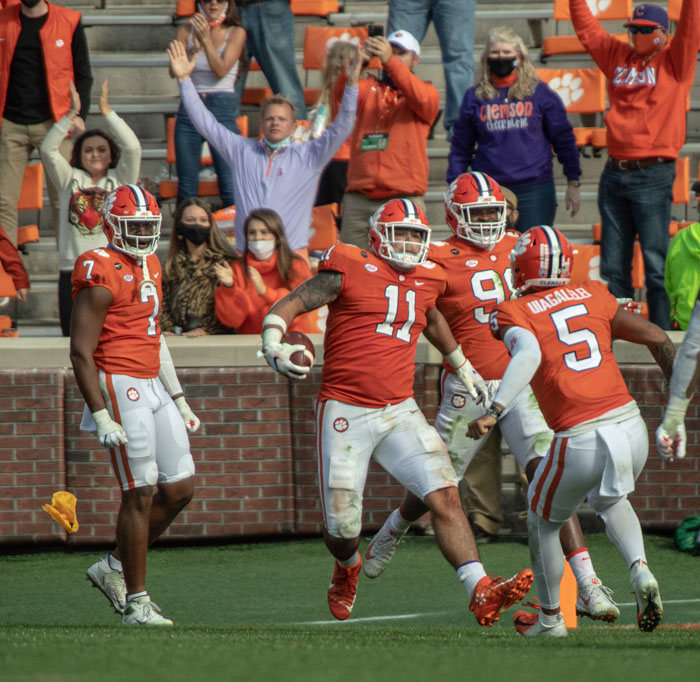 The Clemson Tigers are hoping to get over their offensive sputters when they head to Raleigh to play NC State on Saturday. Mandatory Credit: Josh Morgan - USA TODAY Sports/file photo courtesy of ACC

Clemson’s Death Valley does not have as many signs of life on game days. Hard Rock Stadium is often very quiet when Miami scores. Lane Stadium isn’t shaking atop its foundation when Virginia Tech takes the field before kickoff.

These are obvious deviations from the norms, further proof that nothing is normal in 2020.

Road teams probably expected to have it easier this season in college football, given that most seats in stadiums around the country have been empty because of the restrictions that were necessitated by the coronavirus pandemic. But in the Atlantic Coast Conference, home-field advantage is somehow a very real thing — much more than usual, even without fans in the stands.

“That’s really fascinating,” Miami coach Manny Diaz said. “You could probably debate for a long time why that happened. There’s definitely some different challenges in traveling now than in the past, but if you can’t measure it, it’s hard to figure out why that would factor in.”

In 2016, home ACC teams somehow had a losing record in conference games — 26-30. Over the past seven seasons, not including 2020, home teams went 206-186 — a winning percentage of a mere .526, hardly anything that would indicate a real home-field advantage, and that was with good crowds inside stadiums in most cases.

For some reason, this year, home teams are rolling again. There have been 10 instances so far of ACC teams winning a conference game at home by at least 25 points, the most since there were 11 such games in 1996.

This trend will be put to the test across the ACC this week, with five conference games on the schedule and home teams — if oddsmakers and trends are proper indicators — could face tough sledding in a few of them.

No. 4 Clemson is a three-touchdown favorite at Virginia Tech, with the Tigers looking to secure a berth in the ACC championship game and a rematch with Notre Dame. No. 9 Miami is a 15-point favorite at Duke. Boston College goes to Virginia and is 6-0 all-time against the Cavaliers. Georgia Tech goes to North Carolina State, after beating the Wolfpack last year and winning 20 of the 30 previous meetings against the schools.

At Virginia, it’s the last home game for the senior class. Ordinarily, the stadium would be close to full for such an event. In a coronavirus era, that’s simply not possible.

“There’s no way I can match that,” Virginia coach Bronco Mendenhall said. “(We’re) really considering and trying to ponder the best ways to make sure they have a memorable experience and the best way to do that is to have them well-prepared so they can have success, and that’s what we’ll try to do.”

No. 2 Notre Dame is at home, about a five-touchdown favorite over Syracuse and already locked into an ACC title game spot. It’ll be Senior Day for the Irish, who have won 23 consecutive games at Notre Dame Stadium; quarterback Ian Book has never lost there as a starter, going 14-0.

The last time the Irish had a longer home winning streak? A 28-game run from 1942 through 1950, back when helmets were basically just leather hats without any sort of face shield.

“I don’t want our guys to lose sight of that,” Notre Dame coach Brian Kelly said earlier this season about the home success. “That’s a great achievement. I don’t think Book has lost at home. A lot of those guys don’t know what it’s like to lose at home. I want them to keep that.”

Even without a lot of fans, the comforts of home have been clear across the ACC. Without rollicking stadiums, Diaz said can generate a boost just by being active and engaged on their own sidelines.