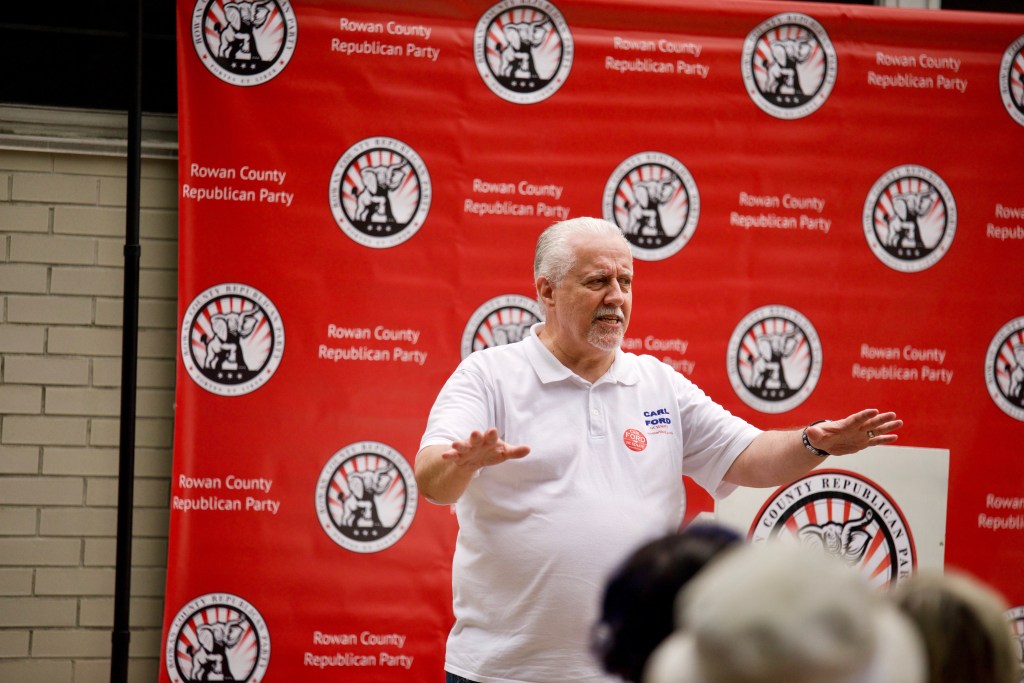 SALISBURY — After a unanimous vote among state Senate Republicans on Monday, Sen. Carl Ford will now serve as the Republican joint caucus leader.

The N.C. Senate Republican Caucus met Monday afternoon to hold internal elections for various leadership positions ahead of the upcoming legislative session next year. Leaders will be sworn in on Jan. 13.

The joint caucus leader is in charge of coordinating meetings between the Senate and House Republican Caucus when necessary. Ford, a Republican who represents Rowan and Stanly counties in Senate District 33, said the two caucuses may need to meet for discussions related to the annual budget or other major bills.

Ford will work closely with the House joint caucus leader, Rep. Pat Hurley — a Republican who represents Randolph County — by meeting weekly to discuss what’s going on in each chamber and what bills are “being held up” or are in need of more push to pass through the chambers, he said. The two can deem it necessary for both caucuses to meet as well.

“I’m just totally honored by the chance to be able to do it,” Ford told the Post on Tuesday.

In a statement, Ford praised the Senate and House for working together over the last 10 years to “lower taxes, reign in spending, increase education funding and make North Carolina one of the most business-friendly states in the nation.”

Ford was re-elected to a second term in the Senate following the general election in November. His six years of experience in the state House and his relationship with House leaders and other members makes him ideal for his new role, he said.

“Sen. Ford is uniquely positioned to take on this role,” said Senate Leader Phil Berger, R-Rockingham. “He served in the House for three terms before he joined the ‘upper chamber.’ His relationships with his former colleagues in the House remain strong, and he’ll be a strong bridge between the two chambers.”

And Ford said he’s honored to have been nominated by Sen. Norman Sanderson, who held the role of Senate Republican joint caucus leader before. Sanderson represents Senate District 2, which comprises Carteret, Craven and Pamlico counties.

“I’ve got big shoes to fill there,” Ford said. “But I’m working to make things better for all citizens. That’s what it’s all about. That’s always my goal.”