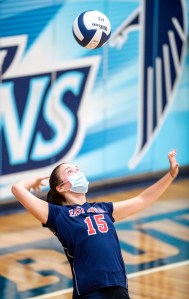 South Rowan’s boys had a perfect score of 15 and won a Central Carolina Conference meet against North Davidson and East Davidson on Wednesday.

• South Rowan’s girls finished second behind North Davidson, but the Raiders’ Bethan Rymer was the individual winner in 20:58.

Carson swept a cross country meet with South Iredell, North Iredell and Statesville that was held at McAnderson Park in Statesville on Tuesday.

Camden Corley was timed in 21:12 and led the Carson girls with a second-place finish. Makayla Borst ran 21:26 and placed third. Other scorers for the Cougars were Brynn Sokolowski (5th), Haley Borst (7th) and Kendall Barbee (10th).

Winning the race was Statesville’s Karli Townsell in 20:51.

• In the boys race, North Iredell’s Phillip Riddle was the individual winner in 17:04.

A.L. Brown’s Emily Karmonocky ran 22:24 and was the individual winner in a Tuesday meet at Frank Liske Park against Concord and Robinson.

The Wonder girls won the meet, while the boys tied for first with Concord.

KK Dowling had 15 kills and 14 digs for the Falcons. Kelcie Love had 10 kills and two blocks. Madelyn VonCanon had nine kills and 11 digs. Emma Clarke had four kills and four blocks.

Ellen Yang had 15 digs and 10 assists for the Hornets (0-3, 0-2). Maddie Lawrence had 12 digs and two aces. Brooke Cunningham had three kills. Riley Peltz had four digs and three kills.

In Carson’s first win of the season against Statesville, Jaden Vaughn had 22 kills and Kari Hales had 23 digs.

By Mike London mike.london@salisburypost.com LANDIS — Since moving from 3A to 2A and joining the Central Carolina Conference, South Rowan’s... read more